Glow In The Dark Budfoot Preorder from Wonder Goblin 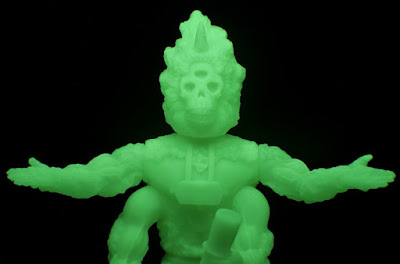 New Jersey is on the verge of legalizing recreational marijuana and the ads for jobs in that industry have already popped up online.  They're looking for people that have a history with growing the stuff, which last time I checked is a skill that can land you in jail until it can't.  Who in their right mind is going to put on paper that they've got a degree from Cheech and Chong University when that could be used against them in a court of law?  Then again, the Gratefull Dead were considered quality entertainment by stoners for many years, so clear lines of thinking and massive weed consumption might be mutually exclusive.  The kicker is those jobs pay a lot and I wish I had been more of a deviant when I was younger so I was qualified.  My egg plants are doing really well, though.

This is Buddfoot, and in this incarnation he glows as green as his favorite substance on Earth.     Wonder Goblin's 12 inch tall super sofubi figure has six points of articulation and comes with an extra special accessory that he doesn't want to get pulled over with in the Garden State just yet.   Those days are coming, good buddy, and soon the we won't just be famous for growing award winning tomatoes.  The state is famous for it, not me.  My tomatoes always end up with worms.

For $125 those midnight trips to the bathroom can get a whole lot more interesting.  Snag one when they drop this Sunday, July 1st at 11am, only from https://www.wondergoblin.com. 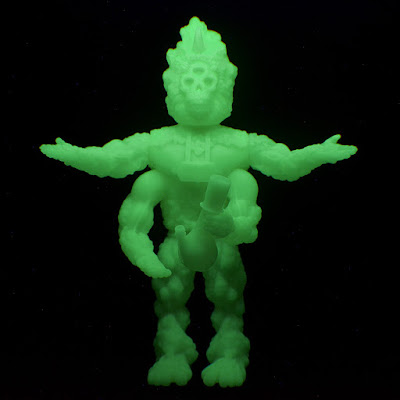