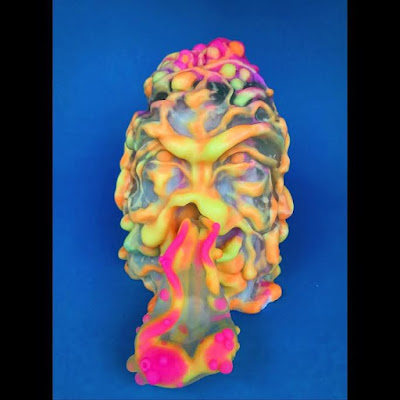 Here's a few tidbits for you trivia fans:  The movie The Blob was filmed in the Philadelphia area and is the feature film debut of one Steve Mcqueen.  That's all I've got.  What I like about The Blob is that it is an entity that can't be reasoned with.  You can't talk yourself out of getting devoured and it in no way shares what drives it's insatiable hunger.  It's just a big pile of goo that engulfs everything in its path and somehow digests it, which is the method of choice of American politics.  I suppose even the most evil of men need role models.

Creature Feature has taken that classic movie monster, given it some personality, and upped the technicolor anti with her figure, aptly titled, The Blob.  This resin figure has obviously rolled over a batch of Electric Kool Aid (rip Tom Wolfe) and is ready to bring his psychedelic sass to your collection.  Standing about 4 and a half inches tall and 3 and a half wide and weighing nearly a pound, he can be yours when he goes on sale tonight (Wednesday June 13th) at 8pm eastern time only at creaturefeature.bigcartel.com. 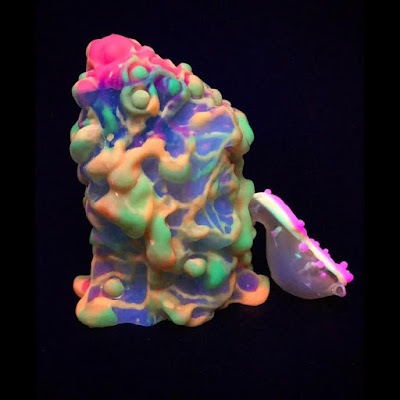