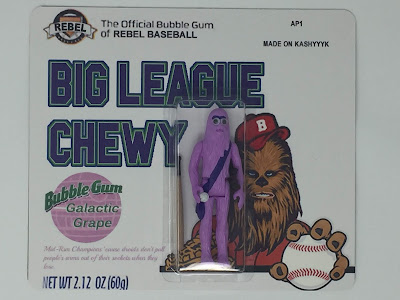 What a time to be alive!  In case you don't understand my excitement I'll give you two words that will explain it all:  Space Force!  That's right, our moron in chief has announced that a sixth branch of the military is about to be created known as Space Force.  No word yet whether we will get to pew pew aliens with laser guns, or why we actually need to create the redneck version of Star Fleet (come on, like it's not going to be the most hillbilly nonsense you've ever seen) or really what any of the details are, but it sounds like it has potential.  For what I don't know and I wish that it was up to people smarter than me but I don't think those kind of folks exist in our government.

Dead Greedy has had his work appear on national television but is now getting ready for intergalactic shenanigans with two more of his ever popular Star Wars bootleg figures.  There's Big League Chewy in all new Galactic Grape flavor, or Knock Noggin, who I'm sure will have his own spin off film eventually at the rate they're churning those things out.  Prepare yourself to combat all that space crime by visiting www.deadgreedy.com 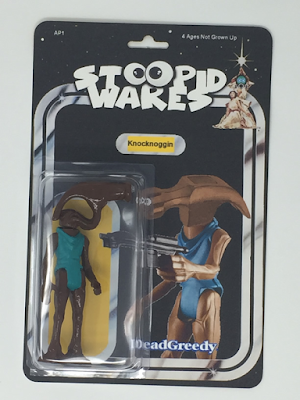