One of the most peculiar sights during Five Points Festival didn't involve the typical weird stuff you see in New York any time you do a bit of walking around the city.  It wasn't the lady who tried to stab the guy with a pair of scissors, or the stacked up Easter bunny blow mold figures that were an apparent work of art along the street.  Nope, it was that FYE was exhibiting during the convention.  Yes, as in FYE the mall store that is known for selling cds and dvds.  I know they've been pretty heavy in the Pop! Vinyl game for a while, but I was very curious what they would have to offer to the more discerning designer toy crowd.  I'll have to admit I was pretty shocked, as not only were they selling the stuff we know and love but they even held a signing with Ron English.  Getting a large retailer like FYE involved in our rather niche market is a pretty big deal.  Toy R Us had dabbled a little before going under, so this could not only fill that void but it could expose the toys we all love to an entirely new customer base, which is never a bad thing.  More interest equals more opportunities for artists to produce even more product.

Which brings me around to the point of this post, which is that FYE have teamed up with Jason Freeny and Andrew Bell to create a fresh batch of Summer Convention exclusives.  And the best part is you don't have to be an attendee of San Diego Comic Con to get your hands on these, as all of them are available right now for everyone to preorder.  You can stay home in your underwear and have them all delivered right to your door.  You should put some pants on when the delivery guys shows up though, just cause not everyone is prepared for the special type of magic you bring to the table.

Let's take a closer look now at what's available and some practical info about each: 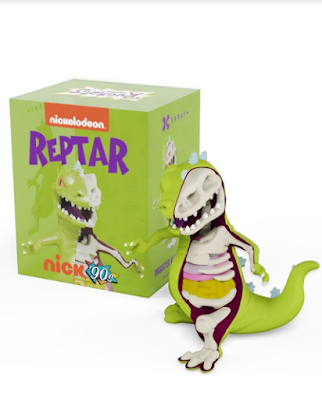 First up, Jason Freeny is playing the nostalgia game hard with his dissected take on some Nickelodeon favorites.  There's an 8 inch Reptar figure as well as a 4 inch blind boxed series from Spongebob Squarepants. The great thing about it is if you're a completist like I am, you have the option of buying the entire set that comes with every regular figure, all of the chase versions, and a set only exclusive glow in the dark Spongebob figure as a bonus.  Only 200 of the complete collector's set are available. 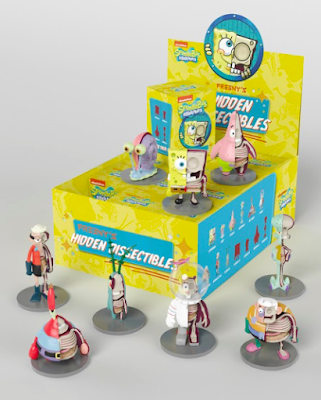 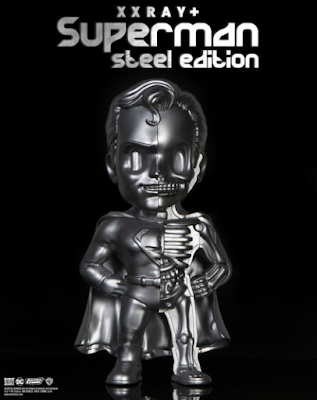 You can't have comic con without something from an actual comic, and they have that with this Superman Steel Edition.  You wanna see what makes the Man of Steel so tough?  Just peek inside at his inner workings and realize he's not so different from all of us.  Does that mean that we are all secretly Superman and it's just a state of mind that separates us from greatness?  Getting a little deep there. 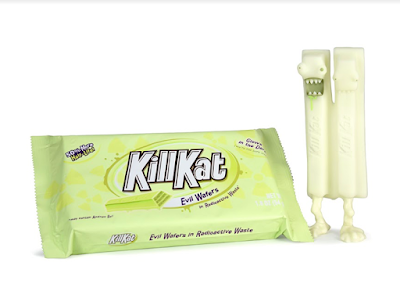 Finally we have Andrew Bell's Kill Kat, which looks like it can't wait to nibble on your intestines.  How come in America we only get one flavor of that delicious candy bar this is based on when in other parts of the world they have a ton of different ones?  I feel like I'm being punished for something I don't remember doing.  How am I supposed to learn an actual lesson from the withholding of delicious treats?

Get em all now before someone else does at www.fye.com.