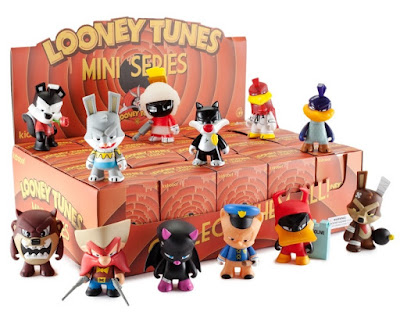 I love it when people claim how much more violent tv is now than whenever "back in the day" happened to be.  Yeah, things are much more explicit now and really don't require the use of the viewer's imagination, but the undertones have always been there.  Let's look at The Looney Tunes for example.  Elmer Fudd was always trying to eat Bugs Bunny, Wyle E. Coyote was using every bit of hillbilly ingenuity he could muster to feast on Roadrunner, and Sylvester was not about to let a minute go by without tormenting poor Tweety Bird with his desires to chomp his bones.  The entirety of the show was about murder!  Oh and then you have Pepe Le Pew who could use a restraining order, the Tazmanian Devil who seemed to struggle with substance abuse, and Yosemite Sam who was a Republican.  No wonder I liked this show so much as a kid.

Kidrobot is giving everyone's favorite characters a modern makeover via their capsule collection.  There's blind boxed key chains and mini figures, and a big ol Tweety designed my Mark Dean Veca which makes me kinda want to bbq the little cutie myself.  Not that I would, cause he's all skull and would be hardly worth firing up the grill.  How damaged am I that I would even think this way?


These will all be available some time this week from www.kidrobot.com. 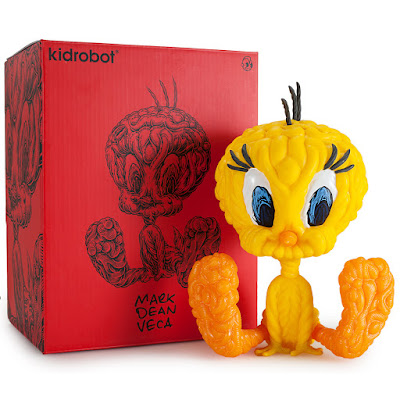 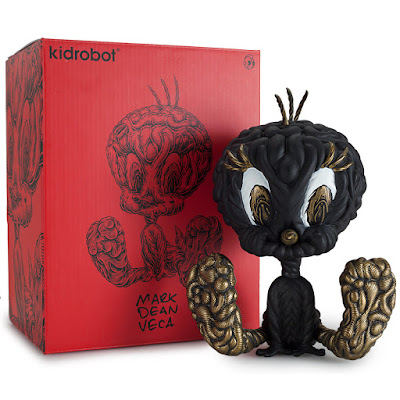 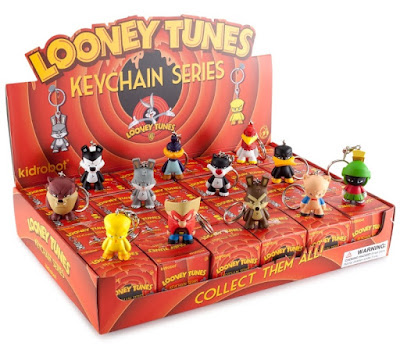