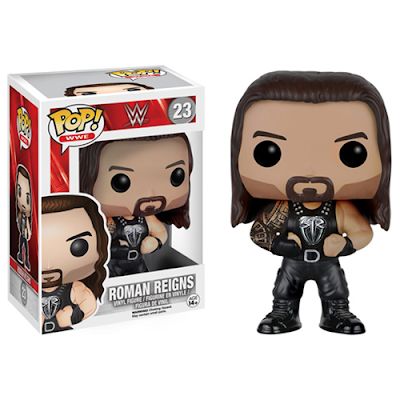 My wife and I were sitting in the crowd at Raw two weeks ago when Roman Reigns won the championship and we both got chills when it happened.  We thought the most exciting part of the night was gonna be seeing Vince McMahon in person, but when Reigns won the title it reaffirmed everything that's great about professional wrestling.  And ya, I do in fact know that it's scripted, but I think that makes it even harder when you're talking about a show that runs every week of the year.  You have to plan out the ebb and flow of the story, you have to many times do the opposite of what the viewer wants so that when you hit them with a great moment it is even more powerful.  You need a hearty dose of familiarity while still attempting to surprise.  And if you think about any other tv show they don't have to deal with major characters getting hurt out of the blue and they also get plenty of down time to rethink plot points.  I've always enjoyed it since I was a kid but learning about what it takes to actually make the WWE happen has made me fall in love with it for different reasons.

This March you can add the champ to your Pop! Vinyl collection when Funko releases this figure.  I have a suggestion for the people in charge of making these things.  How about a set of accessories to go with the toys?  You could make all of the belts, the Money in the Bank briefcase, a steel chair, a ladder, and countless other items to enhance our displays.  Just a thought.