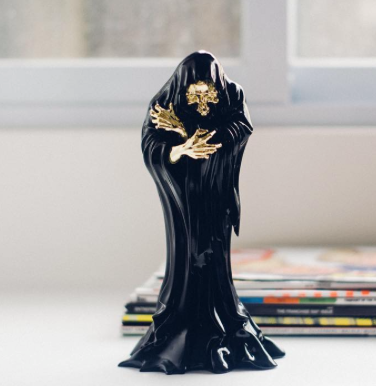 We have a cat named Jorah, who we try to keep an eye on at all times, because the moment you lose sight of him he is plotting your demise.  He's not malicious in any sense, but his manner of amusement usually ends with my wife and I debating whether or not stitches are called for.  There was a time when we thought we had maybe brought in some new species of wild cat, as all would be quiet one minute and the next he's riding our shoulders like a rodeo bull.  He's cute though, which is his saving grace.

If I could keep an eye on any other being, Death would probably be a good choice, as he is equally prone to strike without warning.  Now Godmachine and Mighty Jaxx are giving you the chance to curb his shenanigans by inviting him into your home.  I would place that sucker right by the tv, cause that's what I spend the most time staring at.  He will be available beginning May 21st at 10am est from http://mightyjaxx.rocks. 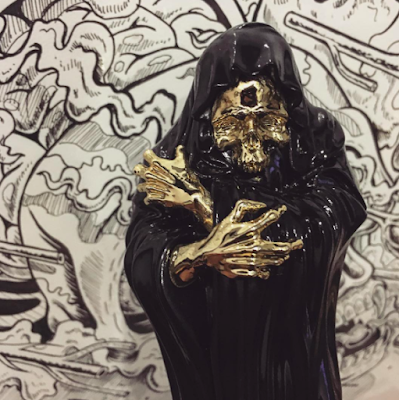