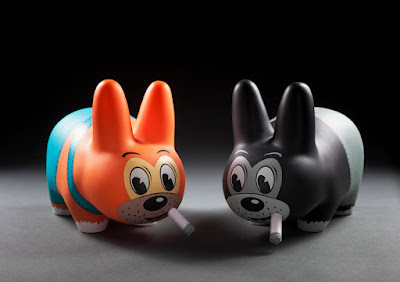 You need proof that times are still tough?  I made a joke in a post once about selling a kidney and I got legitimate solicitations from a dude in Africa willing to act as the surgeon/middle man.  He sent me a link to his clinic's website which had a surprising number of goats wandering around outside of what was termed "the operating room."  Now call me a germaphobe if you will, but one goat inside a hospital is really one too many if you think about it.  And I love goats and would be excited to see one just about anywhere else that didn't involve putting a gaping wound in my body.  Plus airplanes are uncomfortable enough as it is without trying to recover from major surgery on one, unless they started stocking those little drink carts with morphine when I wasn't looking, but I doubt it.  They won't even give you the full can of soda, like that extra bit is gonna bankrupt them.

Being broke doesn't mean you have to be depressed all the time.  Just check out this Hooverville Labbit from Frank Kozik and Kidrobot.  Dude may be traveling down a rough path but he's just happy to be alive and doing his best to keep a positive outlook on his future.  He's available right now in a vintage colorway and in blazing Technicolor orange that can be found exclusively on www.kidrobot.com. 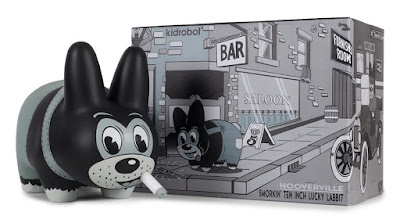