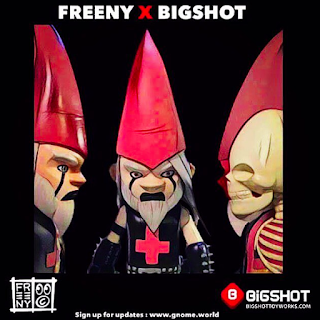 I was reading that the other day in Iceland a road crew had to go out and unearth a boulder they accidentally covered up because it pissed off the elves and they were taking their frustrations out on anyone who got close.  Not only did they dig it back up but they also pressure washed it to restore it to its former glory.  That would never happen in America because first we would have people fighting on Facebook as to whether the elves existed or not.  Then some idiot bureaucrat would figure out how much they owed the country in back taxes and send them a bill. Congress would probably pass legislation about which bathrooms they would be allowed to use, and people would have hunted them and made elf taxidermy earrings to sell on Etsy and none of this would have really been an issue to begin with because we would have taken their elven lands and put a strip mall there a long time ago.  I think I was meant to live in Iceland.

I love the elves and their gnome kinfolk.  And I love black metal.  And I love anatomical gross stuff.  Has Bigshot Toyworks been camping out in my mind in an effort to create the perfect hybrid toy featuring all of my interests?  If somehow they could have worked cats and cable tv in I would have straight died of shock.  Not only is this metal loving gnome dude finally becoming a reality, but Jason Freeny has hacked off a section of him to let us all see his inner self.  This is the type of brutality that anyone starting a black metal band should aspire to, as setting fires and wearing corpse paint just isn't gonna cut it after seeing this. 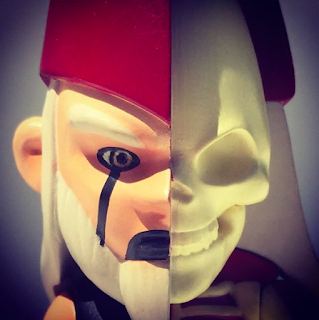 Only 200 pieces of  this dude will exist in the world and they will be up for preorder very very soon and also available at New York Comic Con and Designer Con it seems.  Keep up to date by checking out www.gnome.world.