Studio Kabuto's Cambrigon as Envisioned By Cop A Squat Toys 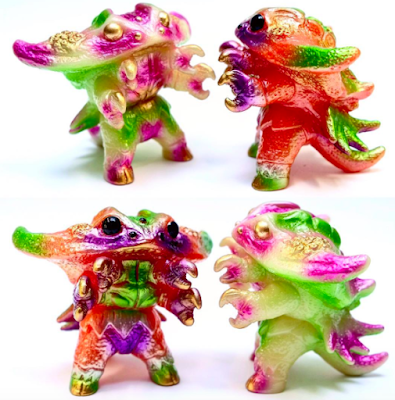 "We're crab people now."  It's a simple, yet powerful quote from It's Always Sunny in Philadelphia that is uttered by Charlie as he harvests sewage runoff crustaceans from the Delaware River.  He had planned to sell them on the street, until Frank gets a government bailout and the plan is abandoned.  Sharon and I have since used it to refer to any get-rich-quick scheme we come up with or when we're depressed and feeling rather destitute.  Abraham Lincoln never had any quotes that versatile.

Hopefully we'll never have to say it because we've actually grown giant claws in response to all of the beef hormones in our food, but it's nice to know that it's there in case we mutate.  Cop A Squat Toys has painted up a bunch of these crab looking dudes from Studio Kabuto and will be releasing them on his website Thursday, September 1st at 9pm eastern time. 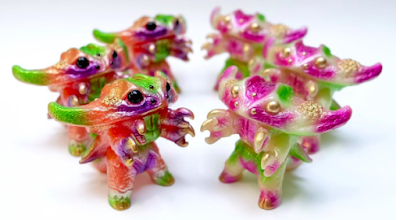