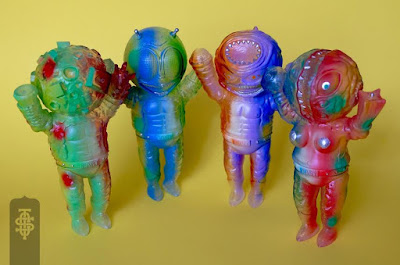 We all have two sides: one that's light and fluffy and wants to hugs baby duckies and laugh at Tina Fey movies, and one that's dark and brooding and wants to listen to Slayer and kick people in the face.  Sometimes one rises up to cancel the other out.  Sometimes they both remain even and you flip flop between the two.  It's just basic human nature, but according to my lawyer it is not a valid excuse for throwing out a request to appear for jury duty.  That sounds like some University of Phoenix Law School thinking to me and I've gotta do better when picking legal representation on Craigslist.

Don't be ashamed of either of your personalities; instead celebrate them with the help of Cop a Squat Toys.  He's ready to release two new editions of his popular Fumetsu figures in the form of the brightly colored Summer's End and the mysteriously evil Dark Arts sets.  Each figure is sold individually for $80 a pop.  There won't be many to go around, so be ready when they are on Tuesday, August 9th, at 2pm eastern time only from http://www.copasquattoys.com. 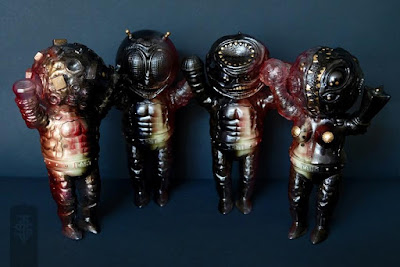