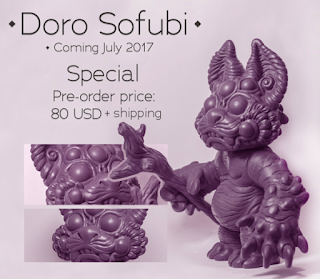 Do you know that the Vikings didn't just raid and drink mead, but also traded with nations around the world in a civilized fashion?  Items from Asia and Egypt have been found in graves of folks long dead, who really are the last people you should be disturbing during their eternal sleep.  Go ahead and wake up a Viking poltergeist to haunt you, that'll end well.  The stuff is fascinating though and last year I finally got to see some of it in person when they did a traveling exhibit in New York.  There was also a Star Wars costume exhibit as well, so we did both back to back as they are two of my favorite things in the world and them being in the same place at the same time was too much to pass up.  By the end of it I felt like I had been in a mental car accident with how overwhelmed I was by it all.

The Norse are making their presence felt in the East yet again as world renowned toy painter Remjie Malhan prepares to debut her first sofubi offering.  Entitled Doro, this crazy looking dude is in production as we speak and blank figures are now being made available for preorder.  You can choose from cyan, milk white, green, or orange and buy as many of them as you like.  To get one all you have to do is this:

To place a pre-order send an email to "contact@remjie.com" with your- name, address, phone number- paypal address- colours and amount of toys you want to buy


You have until April 30th to get you orders in and they are estimated to ship in July. 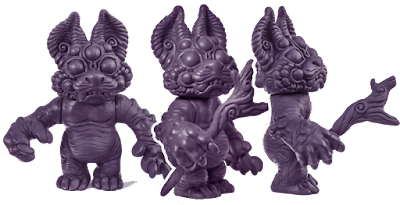