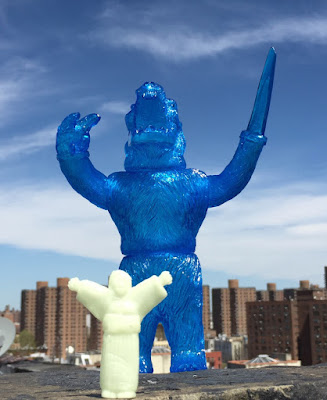 I broke down and watched Suicide Squad last night.  After Batman vs. Superman I expected another crap fest, but it wasn't bad.  The film was entertaining and Margot Robbie was a great Harley Quinn and Will Smith wasn't bad either, which surprised me.  Jared Leto as Lil Wayne/ The Joker however was beyond dumb, surpassing my even my lowest expectations.  And it wasn't merely that he looked like a Juggalo but his performance was so erratic I dreaded any time %1he was on screen.  What makes The Joker interesting is his balance between evil genius and utter psychopath and this version just made it seem like he was at best a low functioning meth head.  Whoever was responsible for that should be asking me whether or not I'd like to make it a combo on my next visit to Arby's.

Now that I have purged my need for film review, let us talk about more pleasant things.  Tenacious Toys has yet again teamed with Rampage Toys to bring us exclusive sofubi.  Up for preorder now are the 11 inch tall "Rainy Day Revenge" Kesagake and the 3 piece Gold Sparkle Cyclops Dino set.   You have from now until May 5th to get your preorders in for these, unless you just like missing out on opportunities the same way Suicide Squad missed out on having an awesome version of The Joker.  I stand firmly behind that sentiment. 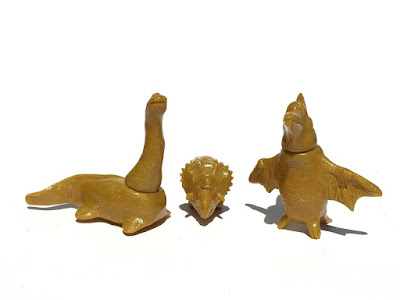