WWE's The Undertaker Bearbrick from Medicom 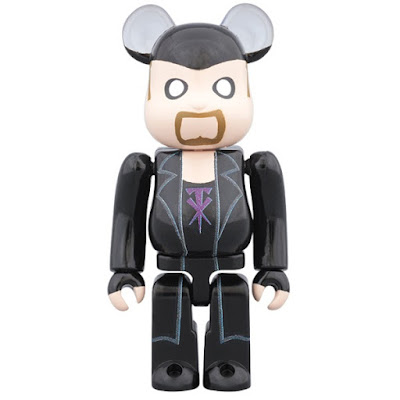 When I was around 12 or so the WWE came to the Richmond Coliseum in Virginia for one of their non-televised shows.  After much begging and pleading I convinced my stepfather to take me and we were able to get tickets along the railing where the performers would walk on the way to the ring.  The Undertaker hadn't been in the WWE long, but already he was one of my favorites and the sole reason I wanted to attend that day.  I remember when his ominous music came over the loud speakers, the lights of the arena dimmed, and out came the largest human being I had ever seen in my life.  I don't remember much else about the day, just the sense of awe I had standing next to someone who was bigger than life both physically and through the character he portrayed.

I wish I could have been there this year when he retired at Wrestlemania, but my wife and I did have the chance to see one of his last matches a few years ago and that was cool to share with her such a memory from my childhood.  You can relive your favorite moments of The Phenom with this new Bearbrick from Medicom.  The 100% version is on sale now from this link for around $14 US dollars, while a much larger version is teased in this pic: 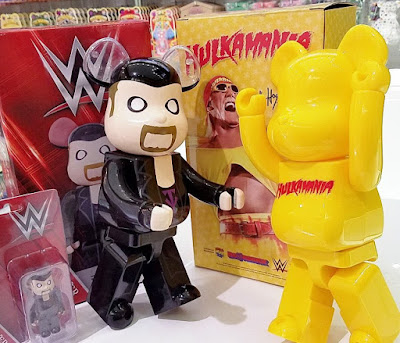 I might just have to break down and order one of these for myself.