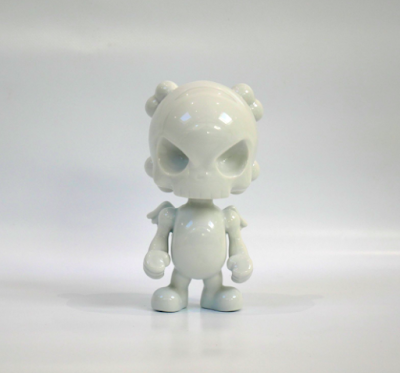 I took a ceramics class in high school and for whatever reason I sucked at it.  It might have had something to do with the fact that I tried to make everything with my hands and not use any actual tools while sculpting.  So my toilet ashtray looked more dookie than Duchamp, though I did have one success on the wheel and was able to churn out a bowl that was probably safer to keep your spare change in that eat cereal from.  One thing I thought was really bogus is if someone had a piece in the kiln with a huge air bubble that sucker would not only explode but send shrapnel through everything else in there as well.  I swear if that hippie kid's "flower vase" had wrecked my bowl there would have been an issue.  He swore the art teacher had no idea what it was actually used for, even though I'm pretty sure his love for the devil's lettuce is how he ended up teaching a bunch of degenerates in the first place.

I bet the folks from K. Olin Tribu tried a lot harder in art class than I did.  The proof is in every porcelain piece they create, like this Skullhead Blank from Huck Gee.  This thing is smoother than Billie Dee Williams and a great rendition of such a popular figure.  Owning one couldn't be easier, cause all you have to do is click that logo you see on the right there and follow the directions.  Now once you get him I would look for the most secure place in your house that isn't a proving grounds for your cats and their theories on gravity.