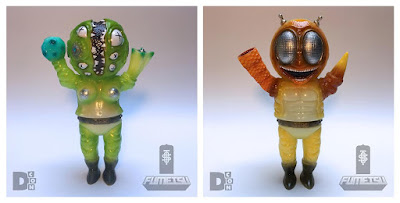 You know what always sucks as a kid?  When you're at the toy store, and you convince your mom to get something new, but she has the nerve to limit you to one figure.  Now this isn't a tragedy if it's a dude from a toy line you've been collecting, but when it's something brand new then it really sucks.  I remember when the Ninja Turtles figures came out and I NEEEEEEEEEEEEEDED them so badly and I finally begged my way into one and all I could get was Donatello.  Now who in the hell was he supposed to fight against?  I couldn't get Shredder, or a member of the Foot Clan, so here I had this awesome new toy with no one for him to do battle with.  Was I supposed to pretend that he was part of the Star Wars or GI Joe universes?  I wasn't about crossing brands like that.  So basically I had this turtle who I would just pretend was putting karate demonstrations on for kids and telling them not to do drugs.  This explains a lot about the person I turned out to be.

You're not gonna face those issues I did when you purchase the new Fumetsu figures from Cop A Squat Toys.  That's because he's not a sicko and will be selling them in sets of two.  So whether you play cops and robbers or intergalactic tag team wrestling, you'll be squared away.  These are gonna debut at Designer Con for $150 per set at the Lulubell Toys booth #926.  You'll also be able to purchase an exclusive Semi Korosiya figure for the well-affordable price of $70.  Get them deals, son! 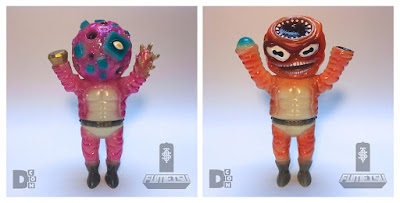 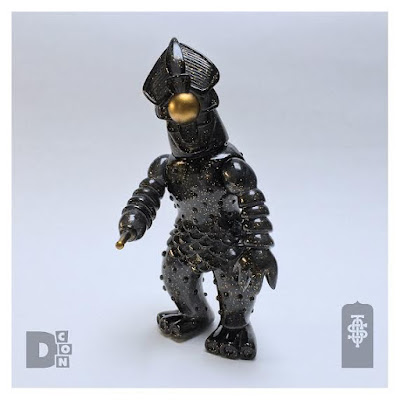