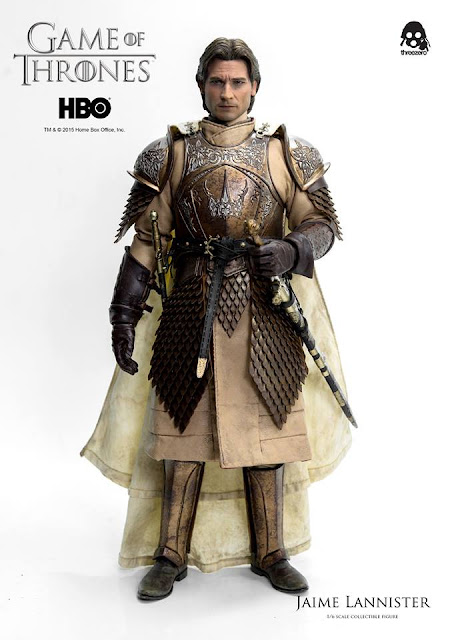 Jamie Lannister arguably has the rawest deal on Game of Thrones.  Think about it, dude is not only in love with his evil sister but is the father of her children, two of which are dead.  And he got his sword hand cut off, leaving him but a shadow of his former swashbuckling self.  At least everyone else on the show gets to die and, hopefully, move on to a more peaceful afterlife.  It really seems that's the best you can hope for if you're born in Westeros.  Or Arkansas.

threezero continues their amazingly detailed line of 1/6th scale figures with the Kingslayer himself.  As you would expect he comes with a boat load of accessories that will make your other toys jealous that they have way less stuff to play with.  You can preorder this figure for $190 (which includes worldwide shipping) beginning Monday, November 23rd at 9am Hong Kong time. 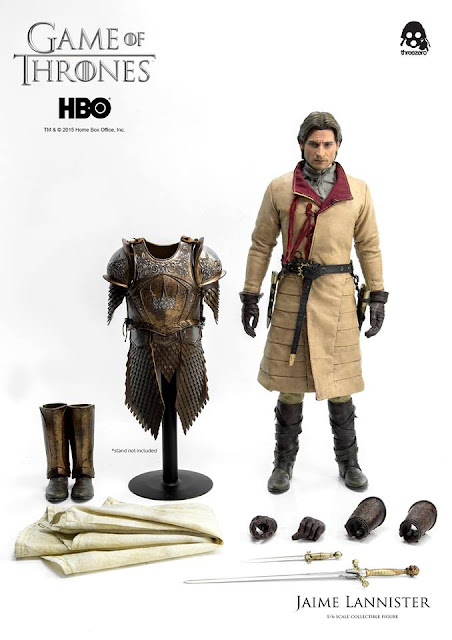