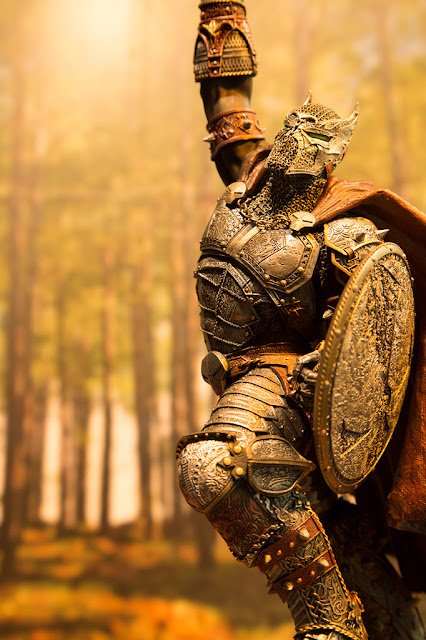 A few years ago Sharon and I decided we were gonna go to the Renaissance Fair in Lancaster.  We're all into Game of Thrones and Lord of the Rings, so we thought it could either be really cool or we would be horrified and have funny stories to tell afterwards.  So there we are, speeding down the Pennsylvania Turnpike, when we see a sign with a giant cow on it advertising German food and an antique market.  We glanced over at each other, mouths agape, and to this day have never made it to the Renaissance Fair.  We keep trying but find ourselves unable to pass that exit.  It is probably as far west as we will ever get in that state, because not only do we stuff ourselves with the most delicious beef you have ever tasted, but the antique shopping is prime.

Now if I was guaranteed that I would see stuff like this roaming around, I might be willing to ease up on the brakes on keep driving.  I bet the ending of Braveheart would had been a lot different if Spawn had been the lead character instead of that wussy Mel Gibson.  And it would have been a lot shorter, because they would have taken one look at this dude, turned right around, and fixed everything he was upset about.  The whole mess could have been resolved in the span of a commercial break.

This resin statue from McFarlane Toys stands a whopping 17 inches tall, comes with two different heads, and is sure to make your cats think twice about holding Wrestlemania in your living room at 3 in the morning.  Preorder one of these highly detailed beauties now from this link. 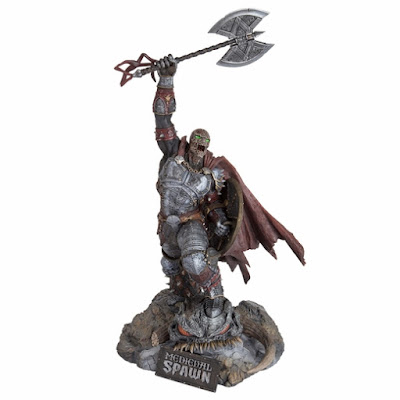