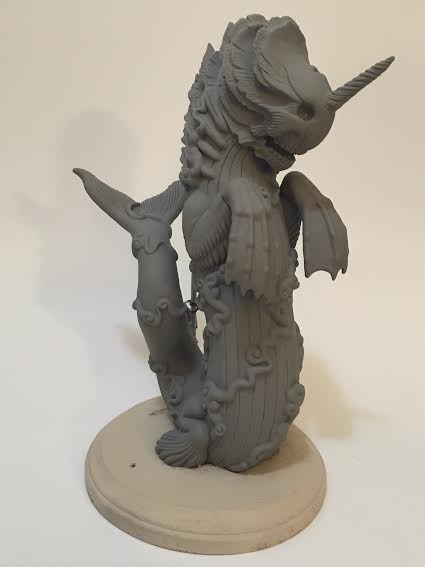 I don't usually write about toys that are in production unless they have a release date and pricing info.  I'm one of those people that if I fall in love with an object I don't want to know that it's coming one day because I want it right then.  But I've seen pictures of this thing pop up online a few times and it is so different from anything out there I had to heap a bunch of praise on it while still in its clay form.

Candie Bolton and Toy Art Gallery are going to release this beauty known as Bake-Kujira.  Scheduled to release in early 2016, this 11 inch tall figure is the representation of a phantom that comes into existence whenever a human kills a whale.  If Captain Ahab had thought this would be the result of his triumph, Moby Dick would have been a mere pamphlet about how everyone took up bass fishing.

Until it is officially available for purchase you will have these few images to stare at and wonder just how amazing it's going to look all painted up.  In my mind it is glorious and I've already ordered it. 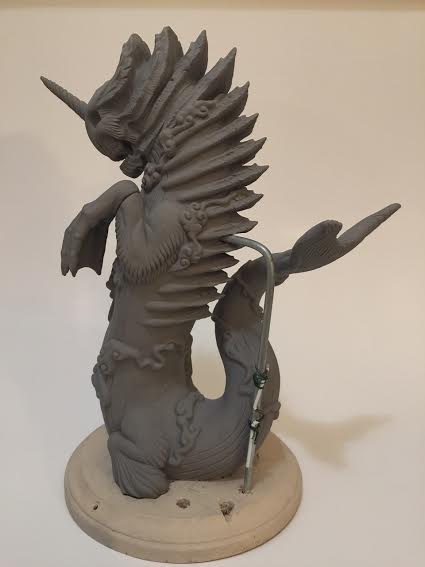