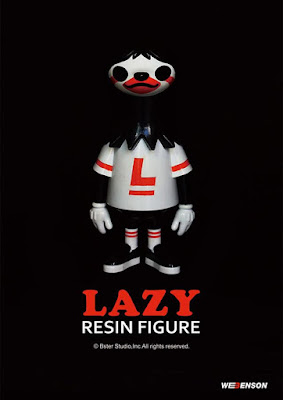 Most people look at the sloth in a negative fashion.  If you exhibit any signs of laziness you will inevitably be called one, and I get it because they don't move with any sense of urgency.  But what if you looked at it a bit differently.  What if the sloth wasn't lazy at all, he just really doesn't give a crap about what anyone else says and is content to do his own thing?  Now, this isn't an excuse for you to live in your mom's basement until you're 40 because getting a job would impede on your ability to leave comments on Reddit all day, so don't try and use that argument.  But we could all take the sloth's example, thumb our nose at convention, and move to the cliche beat of our own drum.  Even if said drummer has the rhythm of a broken washing machine.

This sloth from Benson Wong might be named Lazy, but unlike most girls in the mall, he still had enough energy on to get dressed and not just wear whatever he rolled out of bed in.  You can get yourself one of these leisurely resin dudes by visiting this link. 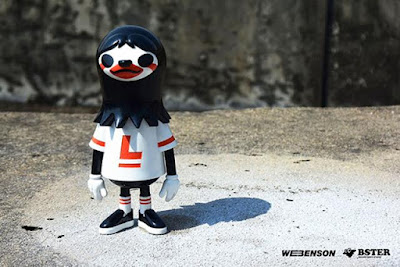