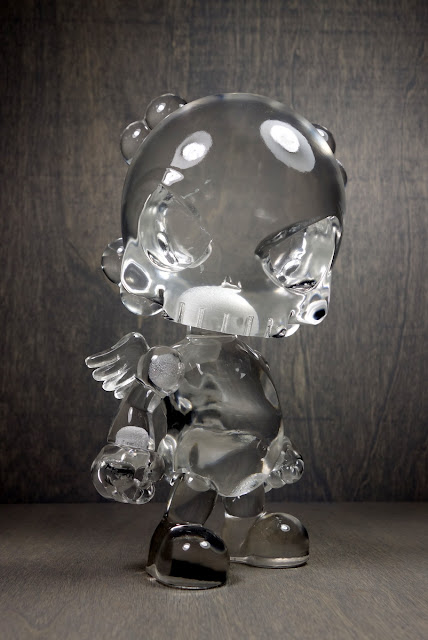 I tried to encase a miniature Klingon ship in resin once and it came out looking like a filthy bar of hard soap. Not to mention the fumes also made me nauseous because God forbid I research something's ability to kill me before I start playing around with it.  Hence the raccoon incident of 2007 and my last attempt at animal husbandry.

I leave the resin casting to the masters cause they are smart enough to at least check Wikipedia to see how something is supposed to work.  Huck Gee obviously knows what he's doing as evidenced by these clear Skullhead blanks.  There almost too pretty to paint, but on the flip side I'm very interested in seeing what people are going to create with them.  You'll get a shot at owning one when they go on sale Thursday, January 14th at noon pacific time only at http://www.huckgee.com.  There limited to 75 pieces and will be $150 each.