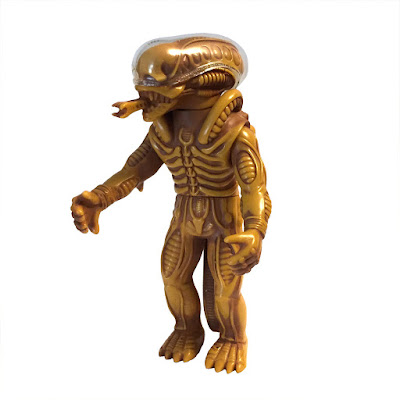 Did you stay up late last night, drink yourself silly, and watch the ball in Times Square drop as it ushered in the new year?  I can't say that I made it past 10:30 as I dozed off while watching Netflix.  I celebrated the end of 2015 like a boss!  And I refuse to celebrate the beginning of 2016 just yet, cause what if it sucks and I already was really awesome to it then I'll feel like I've been had?  You're not tricking me 2016, I'll celebrate you when you prove yourself!

If you've been collecting these Alien soft vinyl figures from Super7 then 2016 is off to a great start for you, cause they just released this Sinister Sandstorm version.  Pick one up for yourself at www.super7store.com and set the tone for how this year is gonna go.