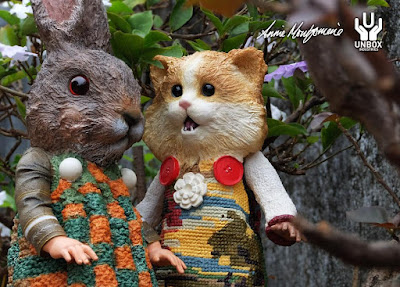 There is no reason to keep making toys everyone, so you can all go home and focus on other endeavors, because the mic has been dropped and the mold broken.  Well, I hope the mold wasn't actually broken because a lot more of these beauties from Annie Montgomerie and Unbox Industries are gonna need to be made.  Now normally I'm not ok with animals having people hands and legs, but these two are just so dang adorable I'm not gonna let my hang ups stop me from loving em.  I would not be surprised if they emerged from my basement holding hands and singing a song about skipping our way to Narnia.  Actually that would surprise the hell out of me being that my crack team of attack cats study pro wrestling like it's their job, which it sort of is.  So let me rephrase:  I would not be surprised if my cats found these two roaming around the house, placed them both in the camel clutch, and made them state their business under penalty of a choke slam through a table.  After which we would of course skip to Narnia.

Both will be available for preorder starting on March 25th until April 10th.  Each vinyl figure is hand painted to mimic Annie's original anthropomorphic creations in striking detail.  Get yours from http://store.unboxindustries.info. 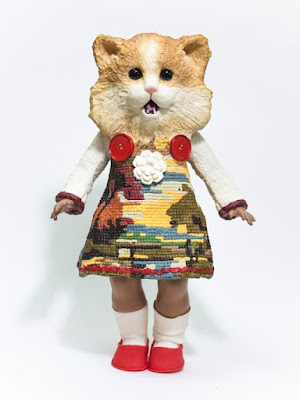 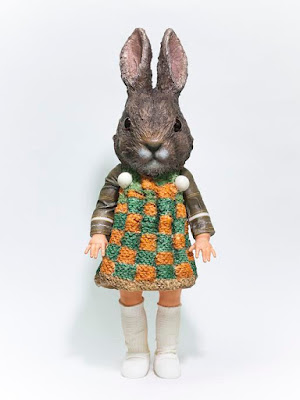