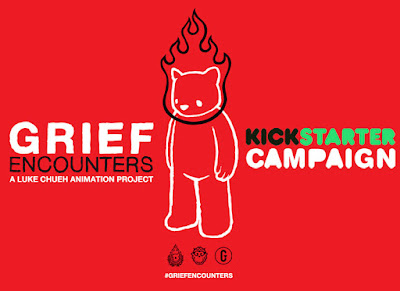 Believe it or not I almost made a cartoon once.  My wife and I were working with this local dude who had a production company and we came up with ideas for something that would have been pretty awesome.  "Would have" because the dude flaked out on us and stole most of our ideas to use in another one of his projects, which actually aired.  I would be mad about it, but his life turned out to be pretty crappy afterwards so I feel like that's the universe having our back on that one.  Karma is way cheaper than trying to hire an attorney. 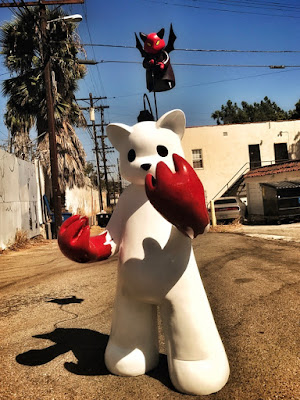 Luke Chueh has dreams of turning his famous characters into an animation and he is on the cusp of it happening.  As of this writing his Grief Encounters project is 97% funded, so now it's up to all of you to give it that final push.  There are only a few days left but tons of great rewards still to be had, like the above 1000% resin Possessed statue.  Or if that's a little rich for your blood there are smaller versions in vinyl to be had that are exclusive to the campaign: 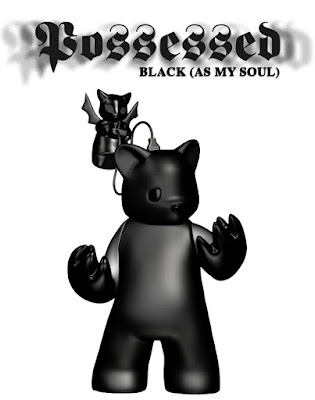 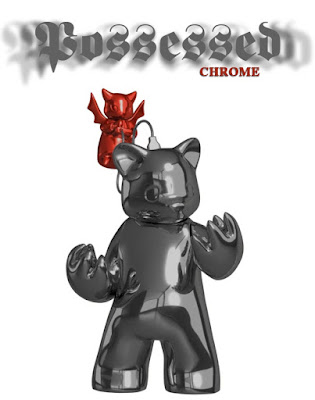 Munky King also has versions of his Hung and Prisoner figures that are dying to hop in a shipping box and be mailed to you as soon as you pledge your support.  Check out this link and let's help make it happen.