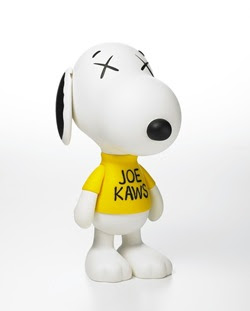 Kaws has the greatest job in the universe. He sees an iconic character, X's out his eyes as if he's dead and BAM! instant expensive art toy. Having added his touch to Disney and Star Wars he has now invaded the world of the Peanuts with this Snoopy figure. I don't know how much it will cost, but judging by his past work I'm sure it will be more than my electric bill. If you needed another reason not to buy what is honestly a boring toy, just remember that Kanye West will probably get one, and he's dumb. Taylor Swift or die!! 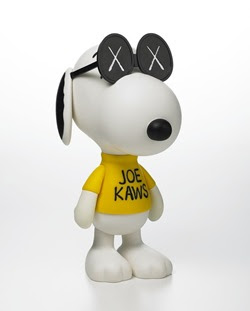