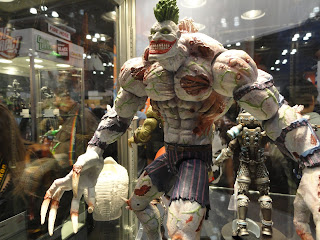 DC Comics and their merch brand DC Direct had a huge display at New York Comic Con. My biggest interest where the new Batman: Arkham Asylum and Arkham City figures. They had the roid raging Joker and the new Killer Croc figures on display from the first game that are slated to come out next year and these guys are massive. The Arkham City figures were very impressive too, with the addition of Catwoman, The Penguin, and Mr. Freeze. Plus there is an updated look for Harley Quinn in this game. 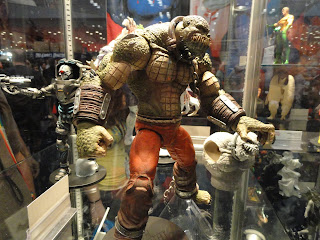 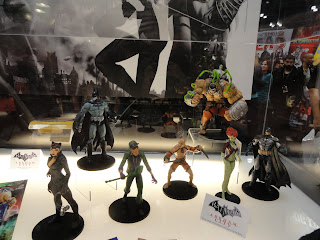 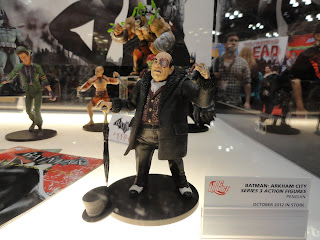 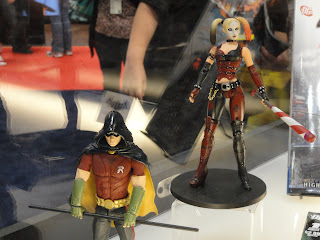 They also had on display their Anime inspired line of female characters and artist renditions of the classic Spy Vs. Spy comic from Mad Magazine. Check out our Facebook page at www.facebook.com/TheToyViking for more pics.
Posted by Chris at 6:14 AM