Seen at NYCC: The Sucklord 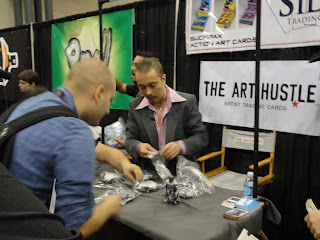 Is the Sucklord too famous to meet his fans now that he's a major tv star? Probably, but that didn't stop him from making an appearance at The Art Hustle/Sidekick Labs Booth to sell his wares. The biggest personality in the designer toy world drew a huge crowd and even asked them how much they were willing to pay for his new He-Man figure mash up, Suckator (they went for $150 each). 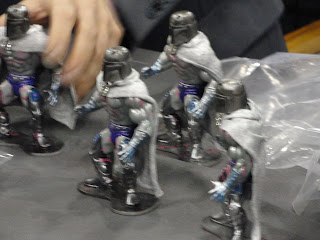 I picked up one of his famous Gay Empire figures before they could all be spoken for by the crowd. This is the newest edition of his most popular figure that has long since sold out. 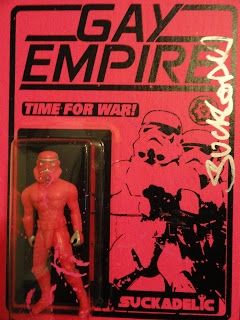