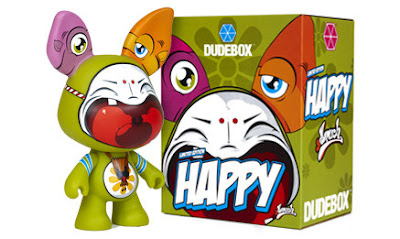 Dudebox has had a pretty amazing first year.  They've released a ton of product, had the biggest booth at New York Comic Con, and are exposing the toy world to even more artists that we may have otherwise never discovered.  So how do you wrap up such a big outing?  Well, you release even more toys.

The guy you see above was created by 2much.  He stand nearly 8 inches tall and is limited to only 300 pieces.  Thats a pretty big toy and it will only set you back $35 to add him to your collection.  Someone can actually make affordable, large scale vinyl toys?  It's like wizardry or something. 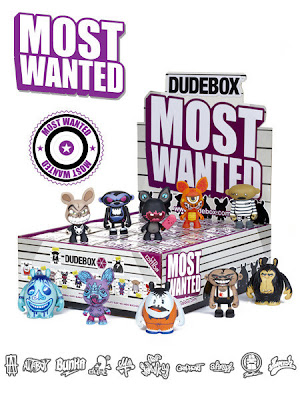 But why stop there?  They also decided to release another set of mini figures as well featuring the artistic talents of Attaboy, Dust, and more.  These guys are blind boxed and sell for $9.95 each.