Glow in The Dark MadBattleMan and BattleRat from Mike Sutfin 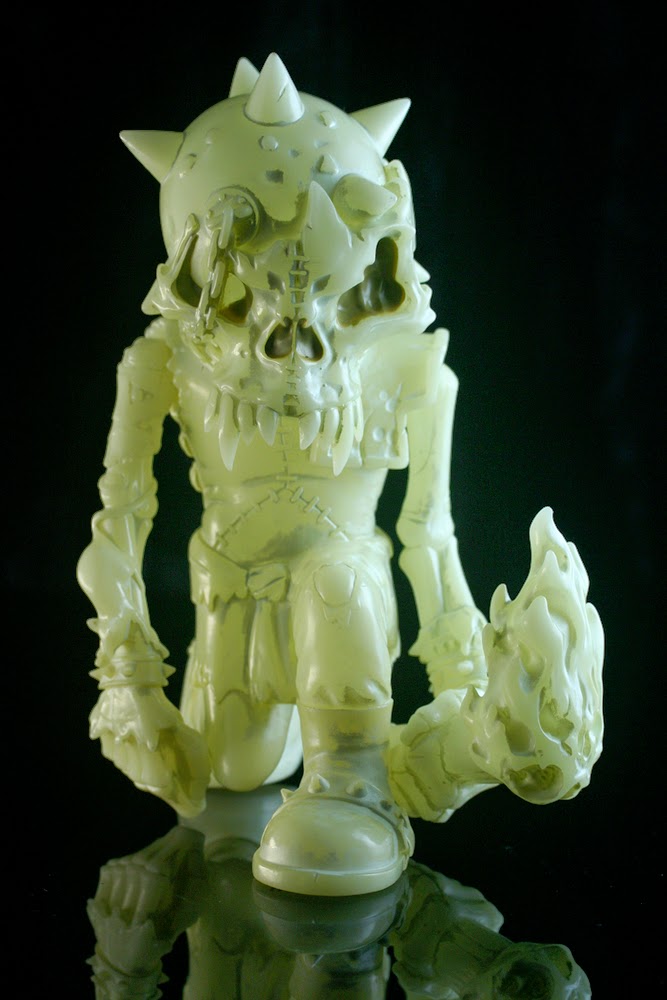 Sometimes you just need to buy something mean looking.  There's only but so much cuteness I can tolerate before I need to listen to Cannibal Corpse and hunt for skulls in the woods.  I'm watching the news the other day and they're talking about some little dude that wants to carry a My Little Pony backpack to school but they won't let him cause they're like "dude, people are gonna shove your head into the toilets so hard" and they're right.  I don't get kids anymore.  When I was little I wanted to be an archeologist so I could dig up ancient dead people and I wanted stuff with wrestling and GI Joe and Star Wars on it.

Ok, yeah I like cutesy things sometimes.  Like my cats, they're all pretty cute.  But you gotta have a balance there my friends.  This MadBattleMan and BattleRat from Mike Sutfin are the perfect things to add to your collection and celebrate your dark side.  And they glow in the dark too, like they're filled with some ancient spirits who are begging for you to release them.  Both are up for preorder right now at http://sutfin.bigcartel.com/. 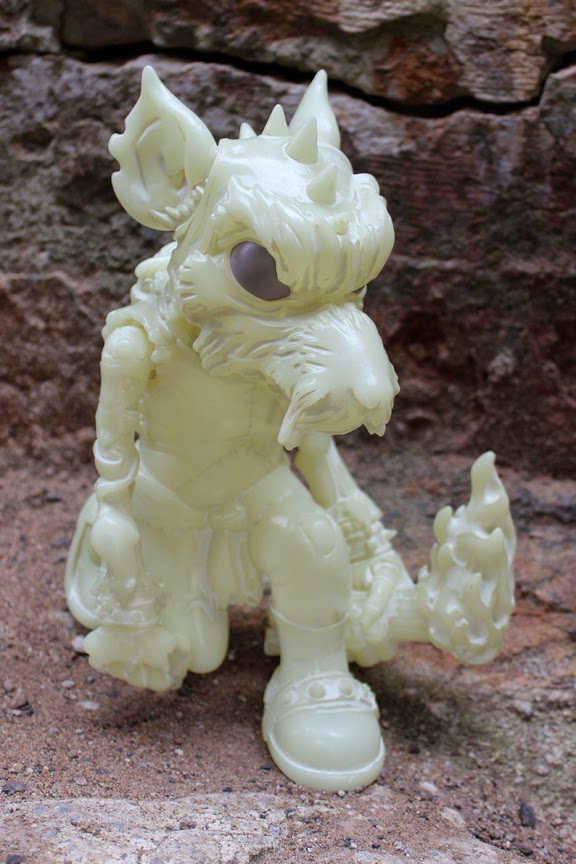