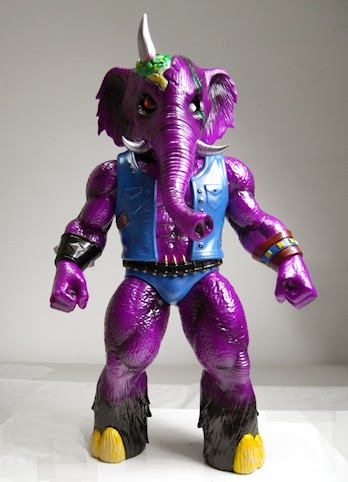 Sharon and I decided that we were gonna start watching wrestling again.  Well, I think I decided and she just rolled her eyes and was thankful that I have something else to occupy me.  It speaks to my authentic personal brand, cause I like violence, and crazy over the top production, and redneck stuff.  But not all redneck stuff, cause I don't like hunting, or kissing my sister, but the rest of it is ok.

So now I'm gonna do the rest of this post as if I was recording a sweet promo with Mean Gene.  Here is his picture so you can get a good mental reference of what's going down. 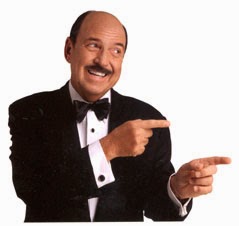 And even though I'm not typing in all caps, know that I am yelling and my voice is about to give out but it's the passion of the Vikingmaniacs that is fueling me.

Mean Gene:  "Toy Viking, tell us about your rise to dominance in the squared circle."

"Well Mean Gene, when I was growing up in parts unknown, I wasn't well supervised you see.  I was left to my own devices, in a cold unforgiving world, to become the man I am today.  I didn't have role models.  Well, not positive ones at least.  But I said my prayers, I took my vitamins, and I cut all of my jeans into these awesome shorts where the pockets hang out of the bottom and it shows off my collection of homemade tattoos (camera pans to let you gander at my sweet shorts).  But the thing that led me to the WWE, that made me the most feared man in all of sports entertainment, is Bullet Belt.  Let me tell you brother, Bullet Belt put me through the paces.  We trained together in junk yards, we foraged for food in the desert, we ripped trees up from their roots in the forests."
"Now through the power of Skinner and Unbox Industries, all the little Vikingmaniacs can get their own wrestling guru, in special Purple Haze edition.  Like my buddy Ric Flair always says Mean Gene, in order to be the man, you gotta beat the man, and brother, the man has Bullet Belt in his corner.  And cut off shorts, cause you gotta strut, know what I'm sayin.  WOOOOOOOOOOOOOOOOOO!"


Mean Gene:  "Well there you have it folks, the secret to The Toy Viking's success is one big, mean lookin, plastic toy.  Will this spell the end of The Toy Vikings reign of terror, or is he so confident in his abilities that this secret is just part of the equation?"

Preorder yours now from http://unboxindustries.co.uk. 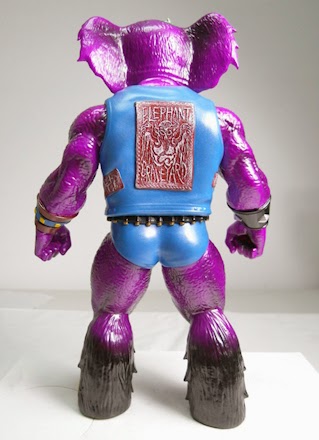