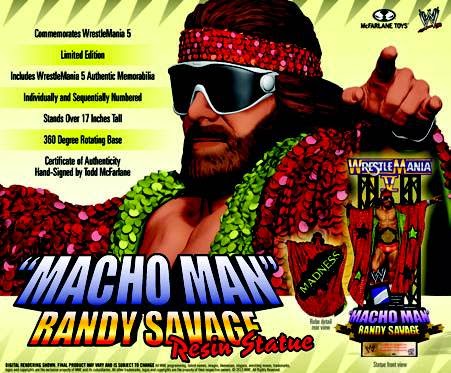 You know you like wrestling.  It's totally ok, cause I like it too.  Sure, I lived in denial for a few years, neglecting to follow it or even know who many of the people involved were.  But one night I looked at my wife and asked "how come we don't watch wrestling anymore"?  Neither one of us had a real good reason.  So we started up again and instantly got sucked back into the spectacle of it.  We even drove up to our blighted state capital to see it live this past Sunday and had the fortune of sitting next to the best commentators I have ever heard in the form of an elderly couple.  Most of it consisted of the woman asking what was going on and the man doing his best to explain it, but there were some gems too.  When John Cena was fighting Randy Orton in a cage for the title (this was non televised, so no belts were going to change hands mind you)

Woman:  How come John Cena didn't drop down when he was outside the cage? (note: if both feet hit the floor you win)

Man:  Cena don't want the title, it's too much responsibility.

Not that it was scripted to happen the way that it did, but that the responsibility of being the world champion was just too much and may infringe on his free time.  Coming from someone in their 80's it was adorable.  The WWE needs to hire them right away.

OOOOOOOOOOOOOH YEEEEEEEEEEEEEEEEAAAAAAAAH!!!!!!!!!  The Macho Man Randy Savage is getting his own resin statue courtesy of McFarlane Toys.  This sucker is commemorating his appearance at Wrestlemania 5, stands over 17 inches tall, and comes on a rotating base so you can spin him all around and realize his awesomeness.  Put it on your mantle and surround it with offerings of Slim Jims so that the wrestling gods will smile favorably upon you.  Preorder this sucker right now wherever you like to buy toys.
Posted by Chris at 5:20 AM