Forces of Dorkness Has Opened the Archives 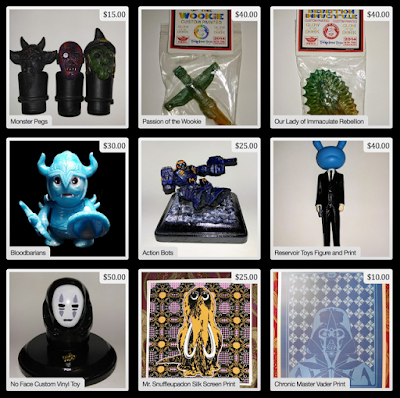 Regret is the worst feeling in the world.  The worst emotional feeling, because there are plenty of physical feelings I would trade you for some regret any day of the year.  But do not tax yourself with mental burdens so early into this New Year and make past regrets vanish with the click of a mouse because Forces of Dorkness is giving you a second opportunity at pieces you may have missed out on.  Were you burdened with bills?  Kidnapped by Somali pirates?  In a coma?  It doesn't matter, because you can make up for lost time right now by checking out http://forcesofdorkness.storenvy.com and securing all those items you're still kicking yourself for passing up the first go round.  You'll have no one to blame but yourself and maybe Somali pirates, but if you got kidnapped by them twice I'm thinking that's your fault.

Email ThisBlogThis!Share to TwitterShare to FacebookShare to Pinterest
Labels: Force of Dorkness