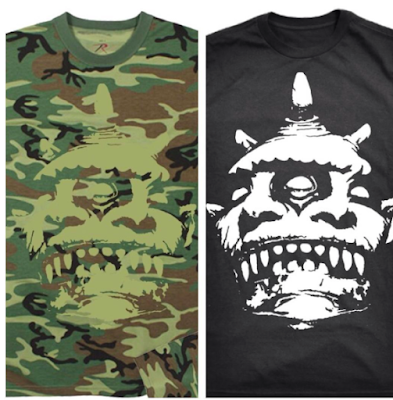 I used to work at a clothing store and the dangerous thing about it was that over time the t-shirts would start looking better and better to me.  Stuff I would normally never buy would after a month or so wear me down especially when I thought about how much of a discount I was getting on them.  The moral of the story is try and work somewhere that you have zero interest in the product or risk having a basement full of crap that you can't even remember liking.  People at the sewage treatment plant don't have this problem.

Now these are the type of shirts I would wear until the graphic was barely hanging on.  Splurrt and BogxSquad have collaborated on a limited release of two shirts and a trucker hat featuring his menacing Cinema Monster.  Each one is a limited edition of 30 and can be obtained from http://bogsquad.bigcartel.com. 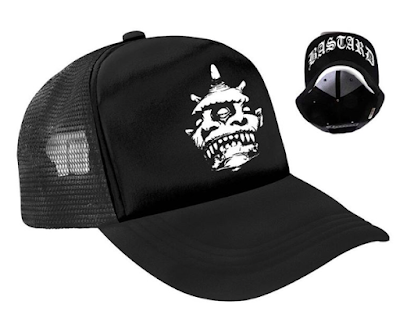 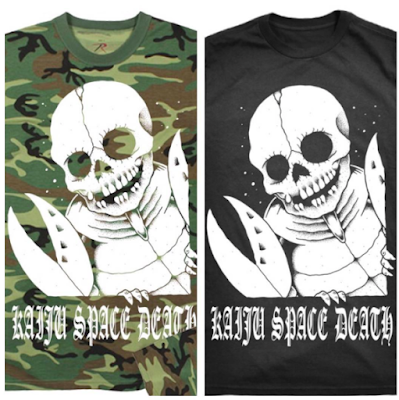 You can also pick up a BogxSquad's latest "Kaiju Space Death" tee, which sounds like a really awesome Japanese death metal David Bowie cover band.  I wish that were a real thing.