The Woodcutter from Pocket Watch Toys 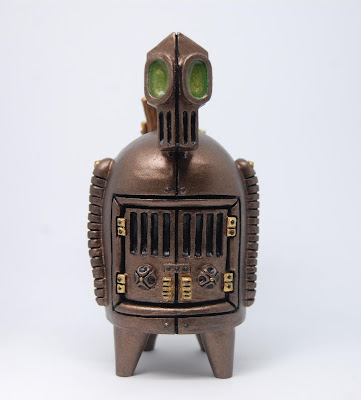 This right here is an invention that could change the world.  Forget all that stuff about robots taking over the world and enslaving mankind because a wood stove that can follow you around and keep you warm would probably win the Nobel prize or whatever it is they give you for being a genius.  You could take him everywhere with you, like when you're waiting in line to buy the next iPhone, or if someone thinks it would be a great idea to take a walk through the woods when it's forty degrees out and you both end up covered in snot and unable to feel your legs (I said I was sorry).  And if you were to use him in the house all you would have to do would be to have stove pipe hookups in every room so the smoke could safely escape.  See, I'm already making design improvements so I'm obviously now a partner in this venture.  Send me my check.

Pocket Watch Toys is the creator of this little resin guy who is ready to keep you toasty no matter what the conditions.  Even during the height of summer, which is something you'll have to talk with him about because he gets kinda bummed and feels like he's not fulfilling his potential.  Just show him where the dishwasher is and give him a new purpose until it gets cold again. Or stop worrying about the feelings of an inanimate object because right now he is just a toy and merely a promise of how awesome the robot revolution will be.

Pick one up for yourself and start dreaming about endless coziness from http://pocketwatchtoys.co.uk. 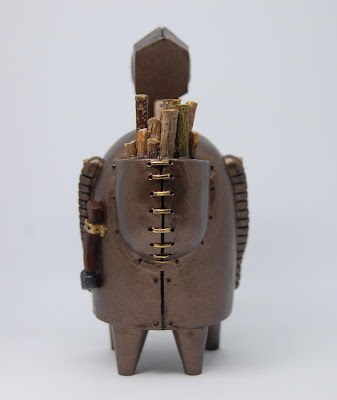