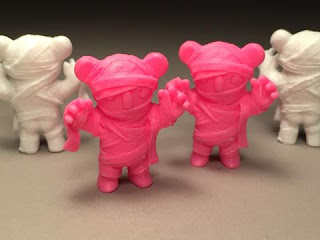 I attempted to say the title of this post out loud and thank God I was home alone otherwise my wife may have called an ambulance thinking I was having a stroke.  I did get a little light headed, but I'm no worse for it so let's soldier on.

Scott Wilkowski and Woot Bear are poised to release what looks like a veritable butt ton (it's part of the metric system) of new little mascot dudes.  Not only will there be the standard one featuring both solid and infected editions, but this will also mark the debut of a mummified version who will also come in the previously mentioned forms.  These will be available in their store in San Francisco and online beginning tomorrow (Friday, January 13th) at noon pacific time. 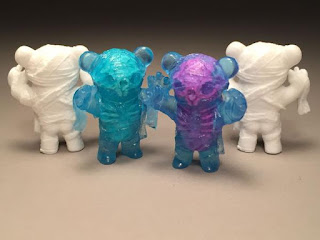 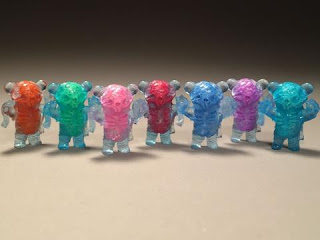 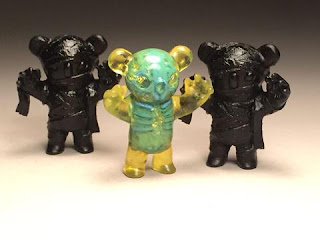 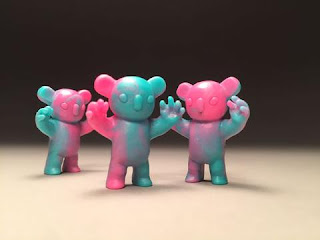 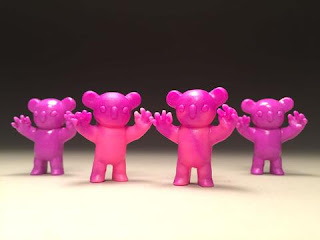