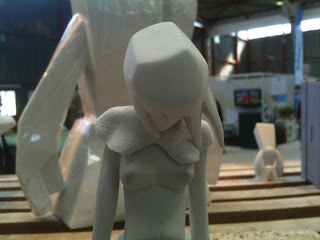 I raved a ton about this figure when it was originally released in vinyl late last year.  It's called Kosplay and it is the design of french artist Ajee.   And just when you thought it couldn't get any better the folks at K. Olin Tribu have decided to make a porcelain edition.  Here are a bunch of pics of what it will look like.  No idea on price or release date yet, but if you want one I would save my money because it won't be cheap, but it will be worth it. 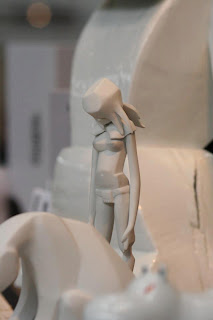 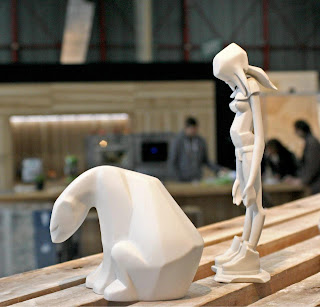