The Sucklord at Munky King This Friday 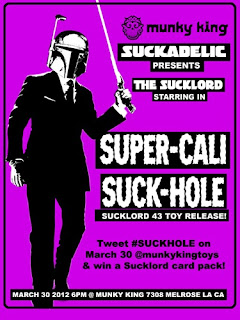 Munky King understands what the people want and that is more Sucklord. For some reason he hasn't gotten his own spin off show yet (just call it The Desperate Toy Maker of Chinatown and get the thing on the air already Bravo, ya jerks). Of course The Sucklord would not fly all the way to California to meet his adoring public without having some way to take all of their money. Thus I present to you the Sucklord 43: 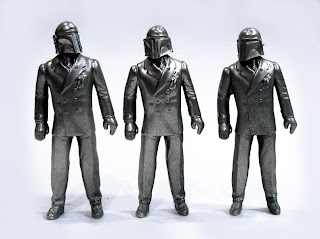 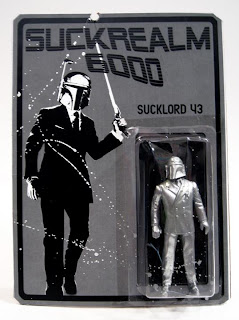 Pretty fancy huh? This hand bootlegged figure will be released this Friday, March 30th at Munky King in Los Angeles. I want one, but since I live 3,000 miles away I don't think it's gonna happen for me. But if you can get yourself there it is destined to be one of toy events of the year.
Posted by Chris at 6:11 AM