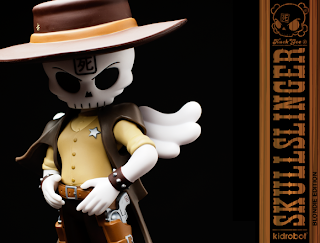 Of all the shows that are no longer on tv I miss Deadwood the most. It was set in one of the most interesting periods of American history and was filled with characters that were as fascinating as they were dirty. The wild west was awesome and you could punch someone in the mouth if you caught them wearing skinny jeans. That's how things should be. That's 'Merica.

Huck Gee and Kidrobot released a version of this dude at Comic Con earlier this month and now the rest of us folks have the chance to pick him up. This undead lawman stands an impressive 11 inches tall and can be yours for $100 on August 9th. 700 of them exist in the world and that may sound like a lot, but I can guarantee you they won't last long cause his stuff never does. 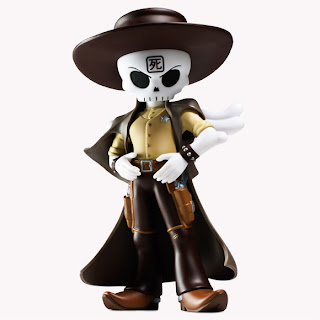