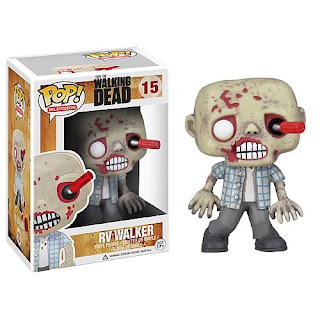 The Walking Dead is not my favorite show in the world, but for some reason I can't make myself stop watching it.  I liked the first season ok, and I thought the last half of the second season was good, but overall it's a lot like True Blood is for me.  I feel like I'm in too deep just to give up on it now.  Plus, Sons of Anarchy isn't on every day of the year for some weird reason, so I have to have something else to occupy my time.

I do however like these new Pop! Vinyl interpretations of the characters by our pals at Funko.  Especially Daryl, cause we all know he's the best character on the show and the only one that doesn't deserve to be eaten alive by the undead.  Why can't Carl's mother ever keep an eye on him?  She only has one job!  And thank God Rick finally manned up and took care of that business with Shane (which his wife wanted him to do and then she got mad about it, WTF).  But Daryl just goes about his business being a hillbilly, eating squirrels, and riding his chopper.  Life hasn't really changed much for him cause it's pretty much what he would be doing anyway.  And the cross bow is a greatly underutilized weapon in our modern culture.  Look for these figures to be available in November. or click our Entertainment Earth banner at the bottom of the screen and preorder them now so you can forget about them and be surprised when they show up at your door. 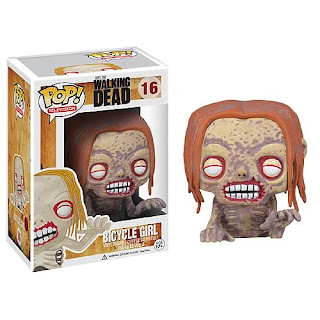 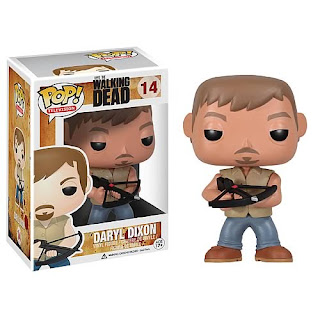 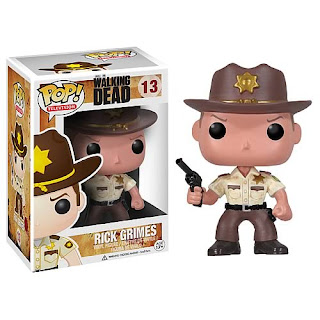