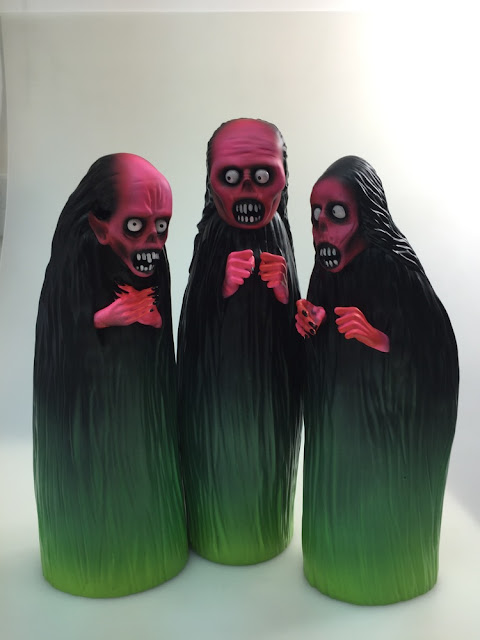 With all these bozos trying to run for president you would think that maybe, just this once, someone would focus on an issue that is long in need of attention:  the lack of witch burnings.  Now you can't tell me that we stopped doing it cause we got em all, cause I don't believe that.  Or that it just fell out of fashion, cause what better thing can you think of to bring a community together than the warmth of a good witch burning in a carnival-like atmosphere with corn dogs and stuff?.  You got nothing.  And it's just not about the good times that are to be had, it's about all the evil doings that are, as of this posting, going unchecked.  Why just last week a woman was mad at me at work and I didn't poop right for a few days.  It's empirical evidence of a hex and I'm sure if I had some milking goats they would probably be dry right now as a result of said curse.  How can we allow this to continue?

The tricky thing about witches is that they all don't stand out as readily as these that Skinner painted up.  They blend in, like that Miley Cyrus girl, so they could be amongst us right now!!!   John Kenn Mortensen and Unbox Industries made these old hags and you can preorder them from now until September 25 (or until the original allotted amount runs out).  Order some right now at http://store.unboxindustries.info and make them reveal the identities of their sisters in the black arts.  Also, make sure you have enough to lighter fluid, cause there's nothing that ruins a good ol witch burning like an absence of the actual burning part.  It's embarrassing. 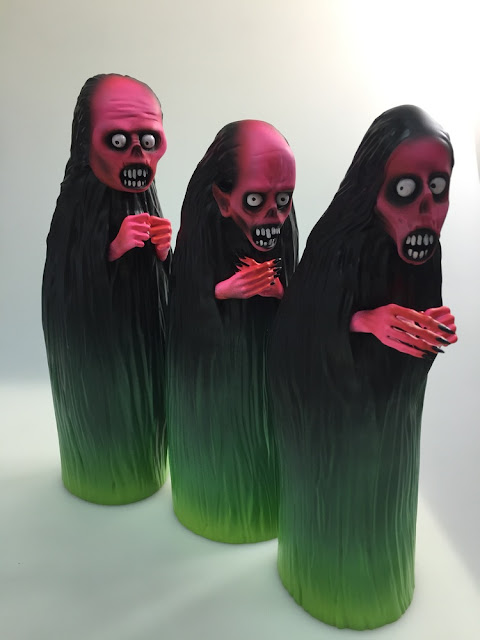