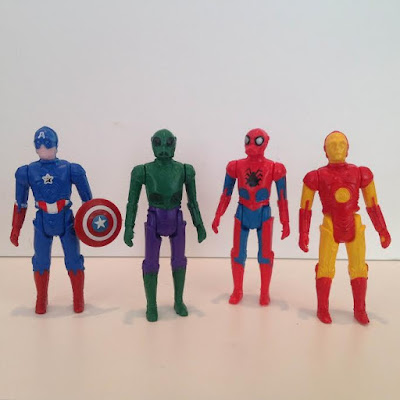 Cosplay is a pretty strange thing to me, mostly because I can't figure out where people stash their wallets when they're only wearing spandex.  I could never dress up like that mostly because I would personally feel dumb and I wouldn't want people stopping me to ask for a picture all the time at conventions.  I'd be the grumpy guy with his body painted to look like a Thundercat and yelling about how "I don't appreciate people invading my privacy and all of the attention is really unwanted and could you please just leave me alone."  That would be funny to me.

My favorite part of cosplay that doesn't involve someone losing an eye when accidentally struck by a cardboard weapon is when people do clever mashups.  Taking a character and dropping him into an entirely different universe than his own is quite entertaining.  That same spirit can be seen in this bootleg series of figures from Buzzard Guts and DAMarx Toys.  They've taken a couple of droids from Star Wars and dressed them up to look like The Avengers and slapped em on some cards that are reminiscent of classic Marvel covers.  You can have one for $40 or the whole set for $150.  Only 5 whole sets were made and you can snag em this Friday, February 24th, at 7pm eastern time through http://buzzardguts.storenvy.com. 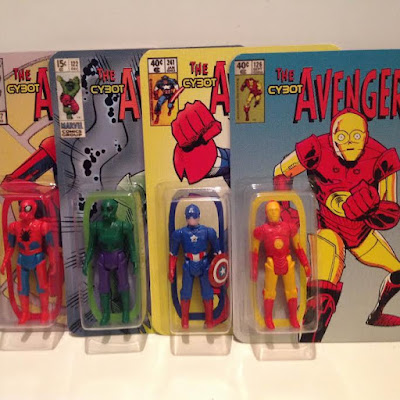