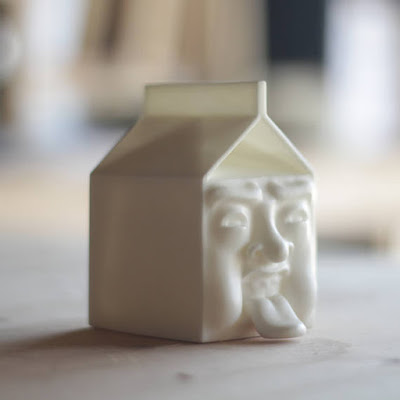 I've never had my face on the side of a milk carton, but it wasn't from a lack of trying.  Allow me to regale you with a tale of the time I purposefully went missing.

For reasons that have been lost to me as the years have progressed, I decided that I needed to make people miss me.  I was around six years old at the time and camped my tiny body under my brother's bed.  As diner time approached my mother and father began to call my name.  They looked outside, looked all over the house, but no one was able to find me.  I quietly snickered to myself as their legs moved ever more frantically past me.  Seriously, who doesn't look under the bed first?  If I have a cat that is supposed to go to the vet and they are nowhere to be seen the very first place I look is under the bed.  It's standard protocol for anything that is missing: socks, important documents, children whose idea of a joke is maybe a little off kilter.  That part is on them.  The part that is on me is that I wasn't smart enough to end my prank before my mom called the police, who showed up and and tried to teach me one of those life lessons that would stick with me forever.  Ok, I was terrified I was going to jail at the time.  I was way too pretty for incarceration.

This looks like the milk in my house before it is finally carted off to the dumpster.  Usually there is also a color and smell involved, which I doubt Kyle Goodrich was mean enough to include in his Milkface resin figure.  He made 50 of these sour faced bros with his own hands and has included a sticker with each one for the low low price of $55.  I'm holding out for a lactose free option myself, but you can get one by visiting http://kyle-goodrich.com/milkface.store/.