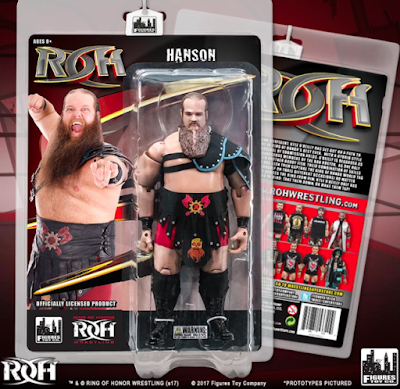 Living close to Philadelphia certainly comes with its share of benefits.  America was born here so there's tons of historical stuff to see, we have an amazing array of museums, and any time holes are dug anywhere there's a good chance of finding dead bodies which is kinda fun.  But beyond that, we have a storied history in the world of professional wrestling, much of which revolves around the old ECW Arena.  I've seen Ring of Honor do a couple of television takings here and they are by far the best wrestling events I've ever been to.  There's a feel that you're a part of something and not just a spectator and the level of talent and storytelling is superior to anything I've ever seen.

I had read about the tag team War Machine before seeing them but nothing could adequately prepare me for men of their size performing the acrobatics they do.  You expect guys that look like berserkers to decimate anything that gets in their way, but you could never foresee then doing backflips from the top rope.  Now imagine watching it in person from ten feet away and trying to figure out if you missed the day in science class when they explained how this could be a thing.  Everytime I've seen them it's awe inspiring and now one half of that duo is finally getting the action figure treatment.

No matter how much planning goes into it, it can't be a good feeling to know Hanson is in the air and about to land on your rib cage like a 747.  Figures Toy Company will now let you recreate his aerial terror on all of your other wrestling dudes.   Available now from http://figurestoycompany.com, hopefully Raymond Rowe will quickly follow suit so you can dominate the plastic tag team division in the comfort of your living room.  Hope all of your other figures have health insurance.