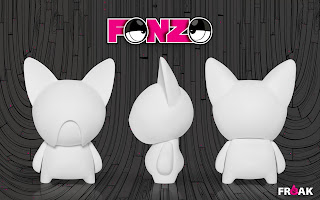 Gary Ham and Freak Store aren't content to rest with a mere two versions of their Fonzo figure. Now they want to see how you would interpret their cute little dog with this DIY version. Paint him, glue him, put him in the microwave ( ok, don't do that cause I can't afford a lawsuit) so whatever it is you need to do to make him awesome.

Those of you attending San Diego Comic Con will have a chance to pick up one of these uber rare glow in the dark Fonzos. Limited to only 100 pieces, this pup will be available from Gary Ham himself at his booth. 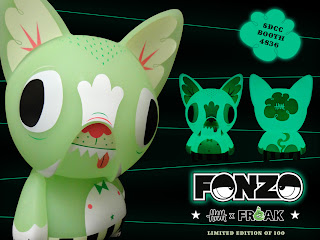