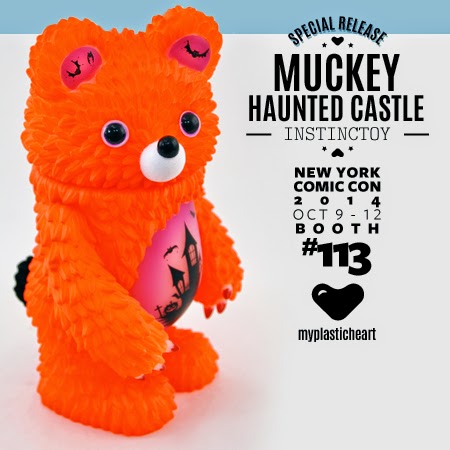 Not long ago I dug through some old boxes in search of the one toy I've literally had for my entire life.  Though unrecognizable now, he was at one time a Winnie the Pooh and he's had a rough go of it. He's missing nearly all of his trademark yellow fur, most of his stuffing has fallen out through various holes that were repaired with Frankenstein-like stitchery.  One of his eyes is gone, his nose is in disrepair, and he generally looks like an extra from The Walking Dead.  And I love him.

The one thing he doesn't have though, is a row of razor sharp teeth carefully hidden away.  Not that he would have anywhere to hide them, as his fabric is mostly transparent.  Muckey has a sinister secret beneath that cute bear face, one that would like nothing more than to separate your skin from bone.

Instinctoy and myplasticheart have teamed up to release a limited number of these Haunted Castle editions at New York Comic Con in a few weeks.  He's the ultimate year round Halloween decoration and can be yours for $140 at booth # 113. 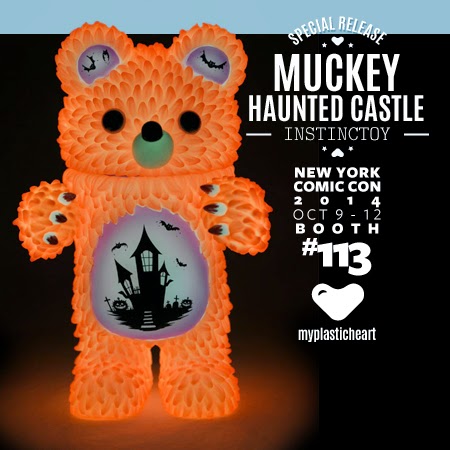