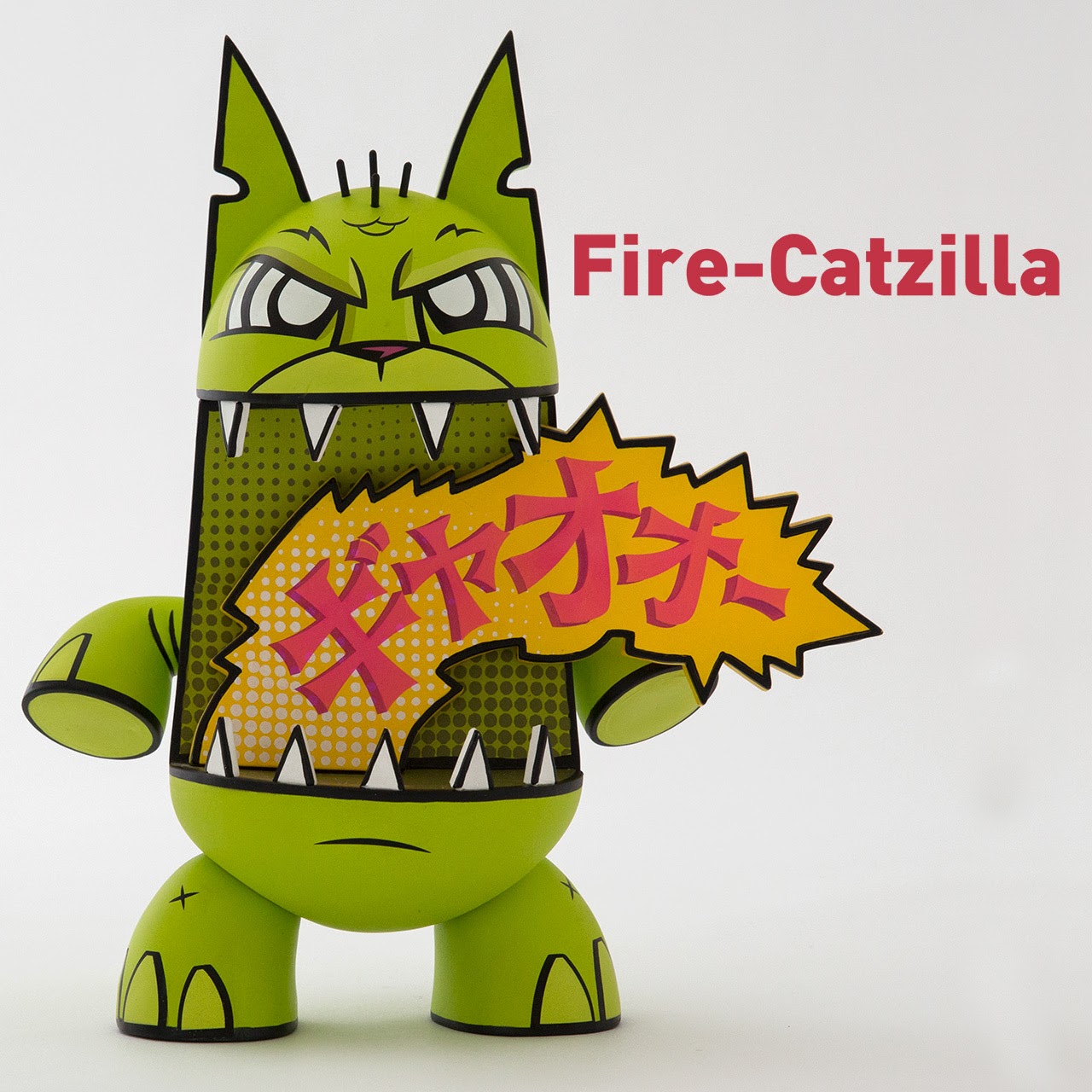 Godzilla has been doing it wrong all these years.  If you wanna maximize the damage you can inflict on an unsuspecting city, you gotta trick them into thinking you're harmless.  A lot of people are scared to death of little lizards, so when you show up and all gigantic and terrifying its no wonder the army gets called in to try and obliterate you.  Now if Godzilla could get a hold of some fuzzy bunny ears, or a cat mask, and trick people into thinking he's a big ball of adorable, then he could practically level the place before anyone realizes they've been had.

And now here is my theory in practice, courtesy of Joe Ledbetter.  Sure Fire-Catzilla looks all scary now with his sharp little teeth and blazing inferno shooting from his mouth, but before he revealed his intentions I bet everyone in Tokyo was just trying to pet him.  People were probably lining the streets, uploading pictures to Instagram with clever little hash tags.  And then he unleashed the fury and maximized his destruction potential, before curling up on a pile a corpses for a much needed nap.

Of course you want one of these for yourself, and now is the part of the story where I tell you how to get one.  Only 300 of this reptilian feline exist in the world, they cost $110, and they go on sale tomorrow at 8am Pacific time at http://store.joeledbetter.com/. 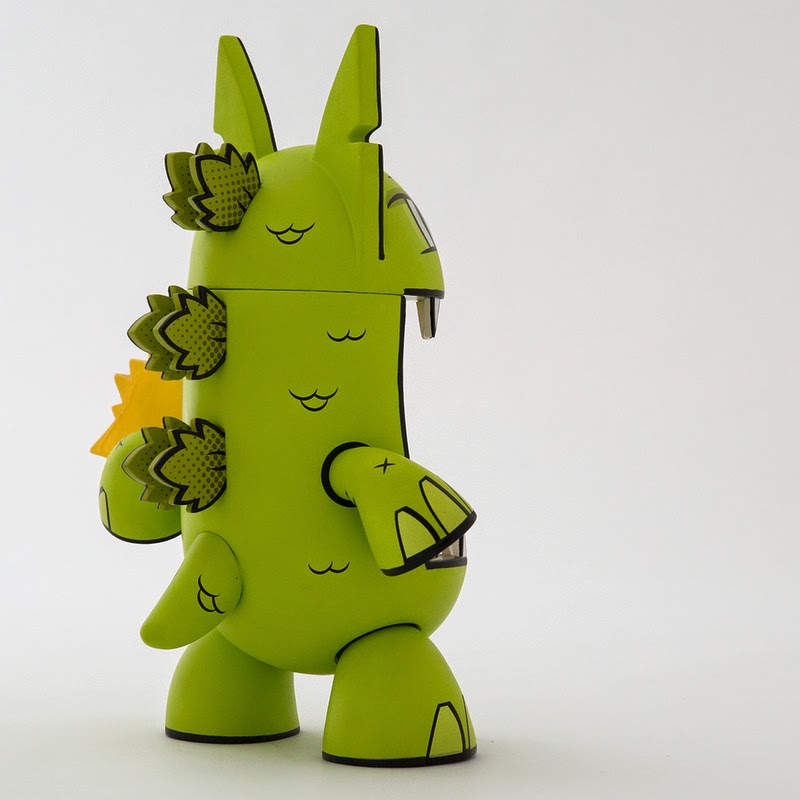