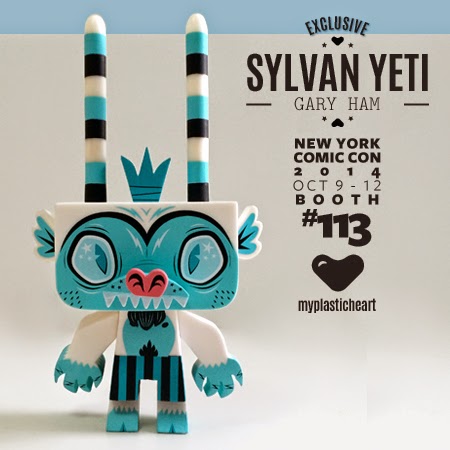 It's that time of year again.  Time for me to start doing push-ups so I can fight my way through the crowds of New York Comic Con.  Every year it seems like they manage to pack more people into that building, making walking from one end of the con to the other a more physical sport than it needs to be.  It actually wouldn't be so bad if people didn't stop cosplayers in the middle of the walkway to pose for pictures.  Dude, I get that you NEEEEEEEEEED your photo with every girl dressed as Slave Leia because you're not one to pass up an exposed midriff, but just know that if you clog up the thoroughfare and I'm close enough, I'm gonna make the worst face you've ever seen in your life and ensure it is there forever to ruin your fantasy moment.  No matter who you show your pictures to, all they'll want to know is what's up with the angry looking bridge troll in the background.  I'm not just doing it because I'm a jerk, I'm doing it for all of those people that had to get way too close to sweaty strangers because you decided to create a traffic jam of epic nerd proportions.   One day they will build a statue of me outside of the Javits Center for my contributions to mankind and my dedication to keeping it moving.

But let's focus on what's really important about comic con, and that's the exclusive toys.  myplasticheart has been kind enough to get the ball rolling with Sylvan Yeti from Gary Ham and Pobber Toys.  This chilly fella is limited to 50 pieces and will be priced at $75 each and available at booth # 113.