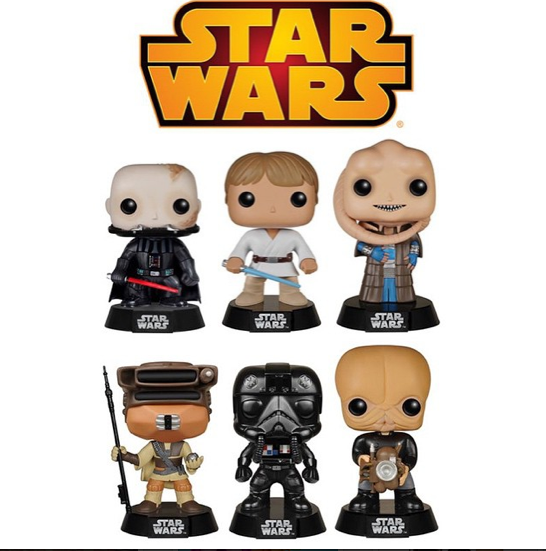 Scientists predict that there will never be a time from now until the end of the human race that there will not be new Star Wars stuff to buy.  And it will probably continue beyond that as a superior race of beings from somewhere in space discovers our once vibrant planet, covered in sand and ruins and near mint packaged action figures.  They will fall in love with them so much that they will start bootlegging them on their home world, to be sold in whatever passes for a Chinatown there.  It's exactly what the "Circle of Life" song in The Lion King was talking about.

Funko is continuing it's quest to make every character from every thing you can think of into a Pop! Vinyl figure with the latest series from Star Wars.  They will be available in July and I'm gonna need the Darth Vader one, but I'm holding out on anymore until they make one of the guy who ran catering on set.  It'll happen.