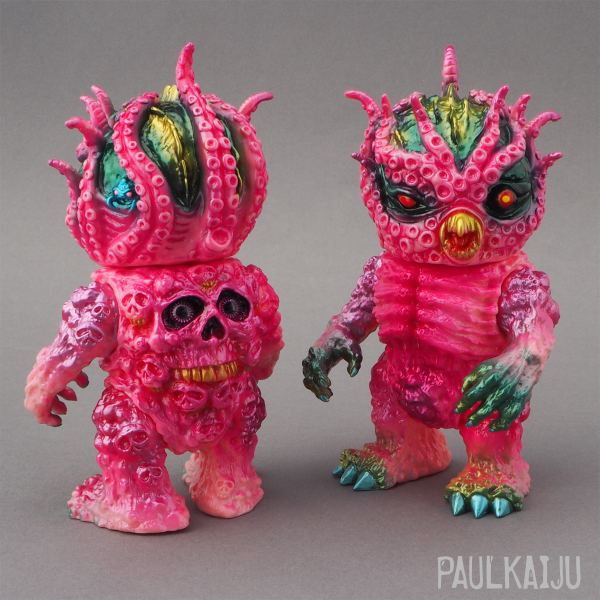 I totally get why everyone is so interested in space.  It's infinite vastness is beyond mind blowing to comprehend and I don't know anyone that wouldn't poop themselves at the discovery of alien life.  But we have some important loose ends to tie up here on Earth, like whatever is lurking at the bottom of the ocean.  Since the dawn of time we've had fantastic notions of what could be swimming around down there and no one has yet to prove that we're not on the verge of some serious aquatic warfare.  Right now creatures could be holding planning sessions on what do with our yucky corpses once they take over the planet.  That whole melting of the polar icecaps is probably there way of accessing currently unreachable places that would be the key to their overall world domination.  While we're staring up at the sky contemplating the stars, they are going to rise from the depths and attack.

Paul Kaiju and Mutant Vinyl Hardcore have glimpsed our future and captured it perfectly via this Sludge Kraken DX.  You'll get a shot at welcoming our fishy-smelling overlords into your home and praying for their mercy when the lottery to purchase one opens this Sunday, April 19th, at noon pacific time.  You have exactly one day to enter for your chance to buy one, after which your bag of bones is on its own during the uprising.