A Literal Pile of New Releases from Kidrobot 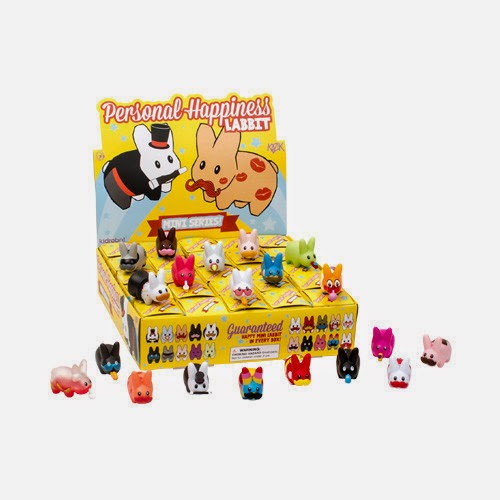 Kidrobot has gone all rogue on us by unleashing new releases under the cover of darkness.  I like to think I'm a man that knows a thing or too about toys and I didn't even know a new Labbit series was coming, yet alone the fact that they're already on sale.  The "Personal Happiness" Labbits aren't concerned with what society thinks they should be doing; they're following their own dreams like Laverne and Shirley (look it up young folk).  Unfortunately, my dreams mostly consist of things with which there are laws against, like punching people in the face, but thankfully these guys don't seem to have such a propensity to violence as I do. 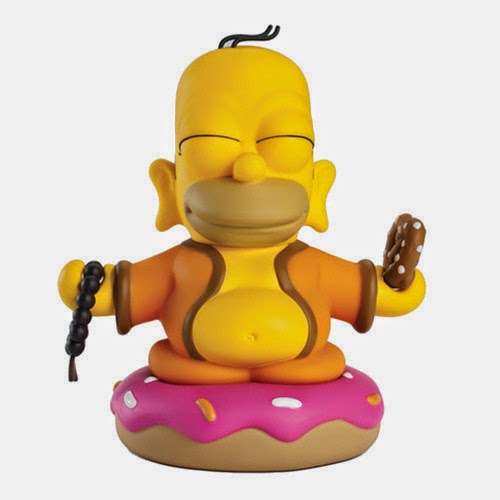 It's a good thing this 3 inch version of Homer Buddha was released, because I need something to remind me to channel my anger in a more positive direction than someone else's jaw line.  I could glue him to my dashboard for serenity during New Jersey traffic, or leave him in the mail box to counter act those bills that seem to show up like clockwork every month.  Teach me your ways, Homer Buddha, as I fear enlightenment is slowly slipping from my grasp. 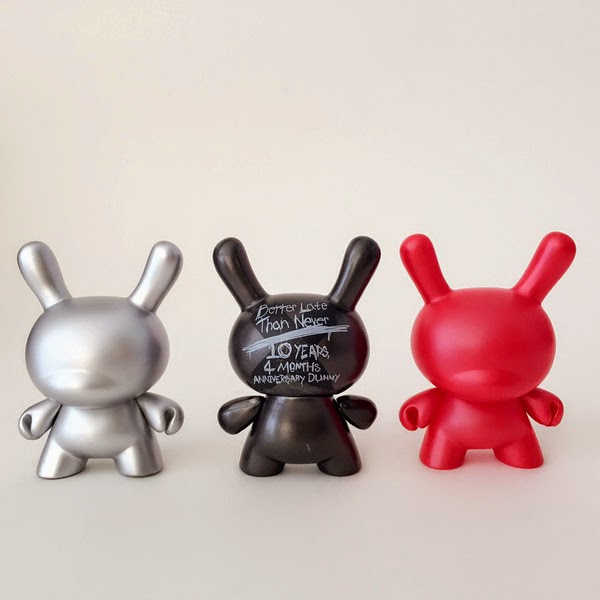 Oh, you know I love me some Dunnys.  As of last count I have 251 different 3 inch ones, which is not nearly all of them, but is still a whole heck of a lot.  These 3 are commemorating the very first Dunnys that were released 10-ish years ago.  They were not made in equal amounts, so they won't be easy to get all of unless you pull the trigger now.  Why live with regret, when you can live with toys?

All of these are available now from wherever you like to buy toys, and should be up on Kidrobot's website today.